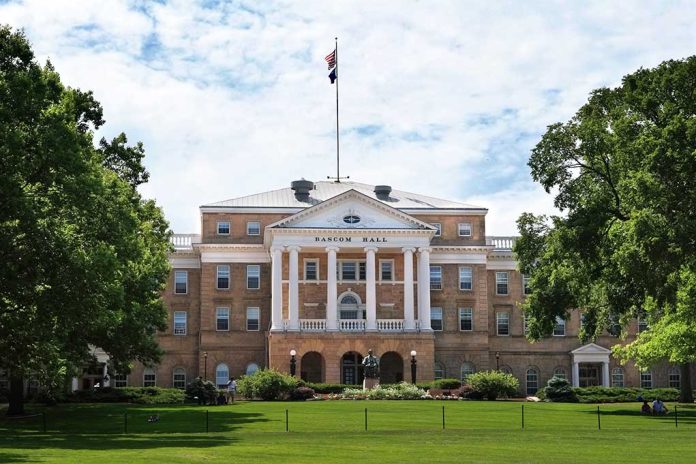 (RightWing.org) – A Wisconsin university has taken down a “guide” from its website after a Conservative politician alerted them to its anti-police, pro-violence contents. That’s fine, except it had been up a year, and they claim nobody at the university noticed what it said.

"University of Wisconsin-River Falls… promoted an article titled "A Guide to Allyship: Black Lives Matter & Why 'All Cops Are B*****ds.'"

On June 22, former Wisconsin Lieutenant Governor Rebecca Kleefisch posted a video revealing shocking material promoted by the University of Wisconsin – River Falls. The taxpayer-funded college’s website had a section titled “Education & Resources for Allies,” giving instructions on how students should be “active allies” to the Black community. Critical Race Theory, the controversial system that insists all White people are racist, filled the whole section – but there was even worse material than that.

Astonishingly, one section was titled “Why all cops are b***ards,” and went on to claim “good cops do not exist” and “police don’t keep us safe.” It insisted that police must be racist simply because they’re police.

After Kleefisch released her video, the school apparently panicked and deleted the offending section. A statement by a spokesman said the school “regrets” linking to a document which, it claimed, was edited after they posted it to include the offensive statements.