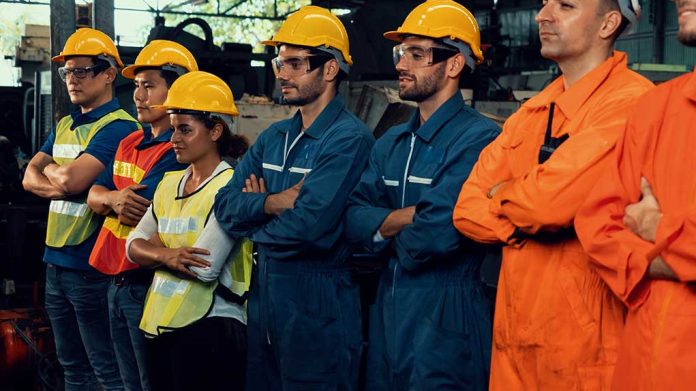 (RightWing.org) – There was a time when labor unions were powerful advocates for workers, worker rights, and leveled playing fields. There was pride and prestige for those who belonged to a union. Those days are long gone as unions beleaguered by corruption and greed place social justice issues over traditional issues such as wages and workplace environments.

Since 1980, union membership collapsed faster than a building demolished for replacement. In 2018, the US Supreme Court ruled in Janus v. AFSCME that public-sector unions for teachers, police, firefighters, and others, couldn’t be forced to pay dues if they didn’t want to be part of a union that is politically active against a member’s interest. President Biden hopes to change that practice through the force of law using the PRO Act. However, instead of increasing membership power, the act could ultimately have the opposite effect.

Early in the Biden administration, the House passed the PRO Act. Democrats supposedly designed the bill to make it easier for Americans to join labor unions by destroying right-to-work laws. In truth, the bill makes it harder for workers to stay out of them.

So, why are Democrats so intent on helping unions override the US Supreme Court and American workers who don’t want to be involved in politically driven labor unions that don’t represent their interests?

Democrats need workers to stand against their interests and do what the union bosses tell them to do whether they like it or not. Since the 1980s, unions rapidly lost their power and influence as membership waned. In 2020, only 10.8% of all workers were unionized. In 1983, it was 20.1%. The majority of union jobs today are in the public sector. Democrats need to increase public-sector union enrollment dramatically while also picking up private-sector union membership.

Over the last year, union support for social justice issues that run against the grain of member interests has driven away many union workers. For example, in July 2020, the nation’s second-largest teachers’ union joined liberal activists to call for defunding the police. However, the union forgot that schools employ law enforcement to protect educational facilities from shootings and escalating on-campus crime rates related to gangs and drugs.

Democrats and Unions Want Billions in the Left’s Political Coffer

As rank-and-file union members grow discontent with the union shift to the political hard left, the PRO Act would force 3 million disenfranchised people onto the union donor rolls. What’s the financial impact? Unions would go from collecting $11.1 billion in forced dues to $20 billion overnight.

Where would that money go?

Union political spending is at an all-time high. In 2020, unions spent $791 million on politicking. Nearly 90% of the money went to help Democrats win elections. However, in 2016 and 2020, blue-collar workers heavily supported Donald Trump and bucked their unions at the polls.

If union bosses keep going down the woke road of social justice issues that collide with worker interests, they may need the PRO Act to survive. But, it’s unlikely to happen for two reasons. First, the GOP will kill any attempt to pass it through a filibuster. Second, the US Supreme Court ruling is sitting out there. It’s waiting for Biden, Democrats, and unions to test it.

When unions resort to force and changing their missions and purpose to survive, it could mean the end is near. The union bosses seem intent on dividing their membership over social issues instead of uniting members around the reasons why they existed in the first place. It’s no longer about wages and work environments. It’s about politics and big money.

Then again, it always was about money and political influence — it’s just more apparent now than before when unions at least represented their workers.