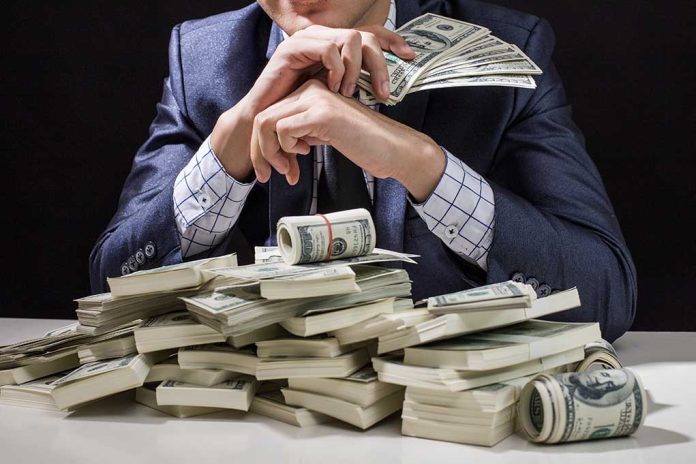 (RightWing.org) – Are Ukrainian politicians fleeing the country with millions of dollars in US aid money? There have been multiple reports of authorities catching prominent Ukrainians at border crossings with huge amounts of cash crammed into their luggage. Is this a huge case of political corruption – or is something else going on?

On March 20, news agency NEXTA reported the wife of former Ukrainian legislator Ihor Kotvitskyi – who was accused of corruption during his political career – had declared $28 million and 1.3 million Euros when she crossed the border into Hungary. Four days earlier online news source YOSHI reported authorities detained a Ukrainian diplomat trying to leave the country with $140,000, €68,000 and over 55 pounds of gold.

The wife of former Ukrainian MP Ihor Kotvitskyi declared 28 million dollars and 1.3 million euros when entering Hungary. Kotvitskyi has faced allegations of corruption in the past. pic.twitter.com/K4Ry2qOyk6

If senior Ukrainian officials really are trying to flee the country with huge amounts of cash, it raises serious questions about the level of corruption in the country.

On the other hand, we also need to look at who’s reporting these incidents. NEXTA is based in Belarus, a dictatorship closely allied to Russian leader Vladimir Putin. Meanwhile, YOSHI’s content has a very strong pro-Russian bias and the account regularly tweets Russian propaganda and anti-western conspiracy theories.

Are they really reliable sources of news about what’s happening, or part of a Russian PSYOPS operation?