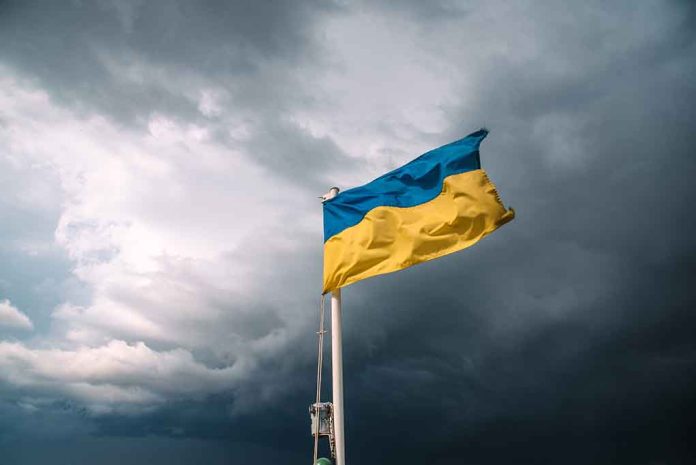 (RightWing.org) – Ukraine appears to be attempting to play both ends against the middle during its ongoing peace talks with Russia. On the one hand, Ukrainian officials seem willing to meet some Russian demands while directing a few of their own to Western nuclear powers.

On Tuesday, March 29, Russian and Ukrainian negotiators met at a palace in Istanbul, Turkey, to discuss terms for a potential peace treaty. Shortly after those talks, Russia’s Defense Ministry announced it would reduce military operations around the Ukrainian cities of Kyiv and Chernihiv.

On the flip side, Ukrainian representatives said they would agree to refrain from joining any alliances with other countries or hosting foreign military bases and installations. They also demanded protection from foreign hostilities similar to those afforded to NATO countries under Article 5, which provides for the collective defense of member states.

Russia promised at peace talks to drastically scale down its military operations around Kyiv and the northern Ukrainian city of Chernihiv, while Ukraine proposed neutral status with international guarantees to protect it from attack https://t.co/mYNIbwPwre pic.twitter.com/qOD7UzfW7N

The likelihood of Ukraine ever invoking that protection remains unclear. However, it’s noteworthy that NATO only used Article 5 once in its history in response to the September 11, 2001, terrorist attacks on New York’s Twin Towers and the Pentagon.

One of the Russian negotiators, Cultural Minister Vladimir Medinsky, told reporters the Russian delegation would study Ukraine’s proposals and submit them to President Vladimir Putin.

Do you think the US should agree to Ukraine’s demands should Russia approve the proposal?