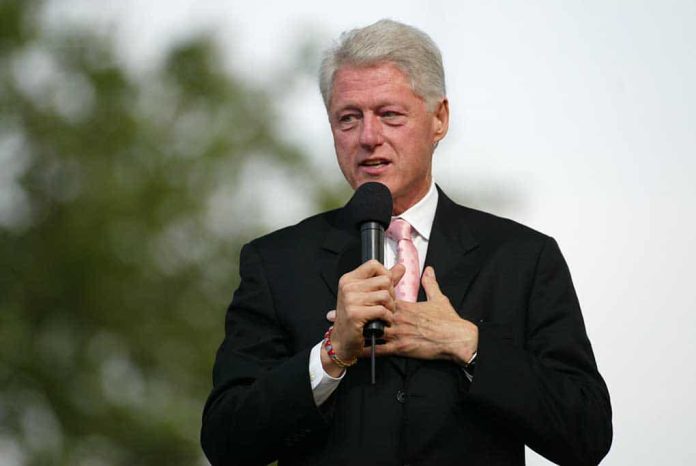 (RightWing.org) – Cancel culture is alive and well in the United States — largely thanks to efforts by lefty Liberals to erase history. However, the University of Arkansas is looking at the possibility of carving out a middle ground when dealing with a controversial figure.

News media outlets reported on June 9 that the Razorbacks’ chancellor met with Arkansas lawmakers to discuss the possible removal and relocation of a statue of the late Sen. James Fulbright (D-AR), a mentor to former President Bill Clinton. That visit came in the wake of a May 18 letter released by Chancellor Joseph Steinmetz to the University of Arkansas campus community.

Fulbright remains a controversial figure due to his civil rights record. He strongly opposed legislation promoting civil rights and voting measures during his 29 years in the US Senate, starting in 1945. He also signed a document opposing Brown vs. Board of Education, the landmark US Supreme Court case that ended school segregation.

However, Fulbright’s contribution to education is unquestionable, and it lives on through the Fulbright International Exchange Program, one of the most prestigious scholarship programs in the world.

Steinmetz proposes moving Fulbright’s sculpture to a less prominent place on campus as a kind of middle-ground in the controversy.