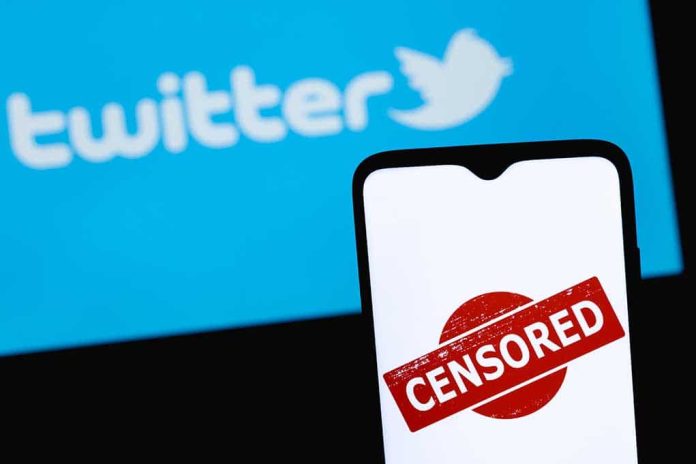 (RightWing.org) – Liberal social media site Twitter is notorious for censoring conservative voices, but it seems that only applies to western conservatives. If you’re the Taliban, that’s just fine with Twitter.

As Facebook bans the Taliban, Twitter says it only takes action against accounts breaking its rules and YouTube says it will terminate Taliban-linked accounts (@russellbrandom / The Verge)https://t.co/xCtR0UVPRbhttps://t.co/IzpryFZf3b

On August 17, Twitter announced it has no plans to ban the Taliban from its platform, as long as the group doesn’t glorify violence, try to manipulate Twitter’s algorithms or send spam. Apparently, actually being violent is fine if you don’t sound too happy when you tweet about it.

Over the past two weeks, the Taliban attacked and captured every provincial center in Afghanistan in a rapid campaign ending with the fall of Kabul on Sunday, August 14. Now, the ultra-conservative group is shooting protesters, murdering captured soldiers and searching door to door for Afghans who worked with the International Security Assistance Forces. Twitter doesn’t seem to mind.

Meanwhile, former President Donald Trump’s Twitter account remains blocked. We know Liberals hate Trump, but surely treating him worse than an Islamofascist insurgent group is too extreme even by Silicon Valley standards, right? Even Facebook has blocked the Taliban’s official account. Is Twitter really so blindly anti-American that it wants to act as a propaganda channel for our enemies? Because that’s how it looks right now.