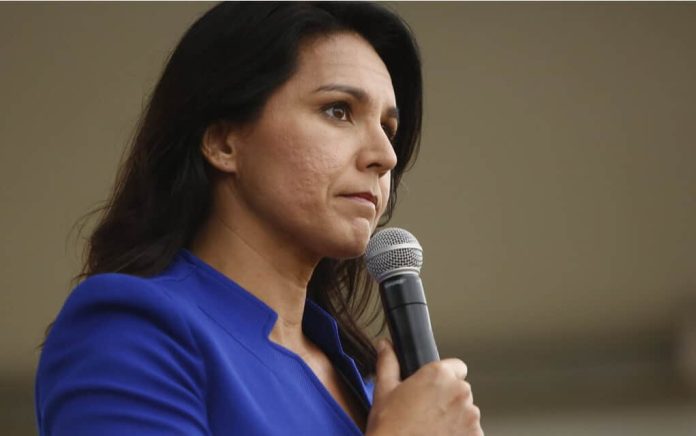 (RightWing.org) – Former Hawaiian congresswoman and Democrat presidential hopeful Tulsi Gabbard (D) warned months ago that the divisive and inflammatory rhetoric spewing out of the media, tech companies and social media websites risked sparking a civil war in the US. Talking to The Rubin Report on Sunday, January 10, she repeated that warning. Looking at the country right now, it’s time people started listening.

For a week, the media focus has been on the Capitol riots, which the Left alleges were incited by President Trump and carried out by his supporters. Gabbard didn’t overlook that shameful episode, but unlike most politicians, she pointed at the cause, not the symptoms.

Slamming “political leaders who are more interested in fueling divisiveness,” and media and tech companies who provoke to gain ratings, Gabbard highlighted the recent Democrat ban on using words like “Mother” or “Brother” from Congressional legislation, calling it “a dangerous step.”

In the past, Gabbard has also called for elections to be more transparent, pushing for a ban on ballot harvesting and proposing a 2018 bill that would have mandated paper ballots that can be inspected and are “suitable for manual audits.” The bill also demanded an investigation into the use of software-based voting systems. How much trouble would that have averted in November?