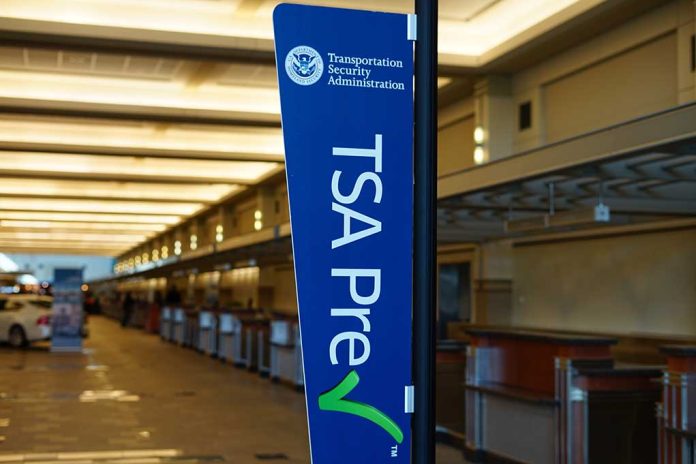 (RightWing.org) – When Rep. Lance Gooden (R-TX) received a packet of documents from a whistleblower last December, he and 14 other Republican lawmakers immediately sent a letter to the Transportation Security Administration (TSA) demanding answers. As it turned out, the agency allows illegal migrants to board commercial aircraft using arrest warrants and other federal documents as a form of identification.

On January 7, 2022, TSA Administrator David P. Pekoske penned a letter to Gooden addressing the congressman’s concerns. He readily conceded in the document that the TSA had developed a process wherein it would consider certain forms issued by the Department of Homeland Security “acceptable” identification at security checkpoints for non-citizens and non-us nationals.

Incredibly, those documents include US Immigration and Customs Enforcement’s Form I-200: Warrant for Arrest of Alien. They also allow the use of warrants issued by ICE for deportation and removal of illegal migrants.

I uncovered TSA using ARREST warrants to identify illegal immigrants before they fly.

Criminal illegal aliens SHOULD NOT be allowed to use arrest warrants as ID to board planes into the U.S.

They should be DETAINED on the spot.https://t.co/DjdjFLiFOC

One would think President Joe Biden would do something to correct this dangerous situation now that Rep. Gooden received confirmation of this alarming practice. However, the only sound from the White House so far resembles that of chirping crickets.