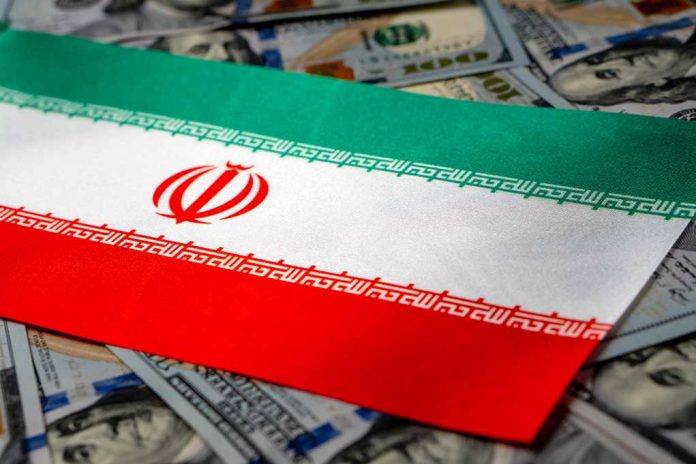 (RightWing.org) – President Biden is making headlines with his push to restart the diplomatic process with Iran. He’s committed the US to rejoin the nuclear deal negotiated when he was Obama’s VP and done everything else he can to distance himself from President Trump’s Iran policy. So he won’t be pleased with a new report that says his predecessor’s policy was working.

US Sanctions Pushed Iran to Brink of Bankruptcy

On April 14, the International Monetary Fund (IMF) released its latest research on the Iranian economy, and it shows that Trump’s sanctions were hammering the Tehran regime. Between 2018 and 2020, the rogue state was forced to spend $118.5 billion of its reserves and was down to its last $4 billion when Biden took over. That’s exactly what Trump was trying to do – force the ayatollahs to burn cash so they’d have to stop spending money on nuclear research.

Now Biden is lifting the sanctions just as they start to bite. Iran has already shown what it thinks of the nuclear deal, announcing it will enrich uranium to 60% – 10 times higher than what it needs for peaceful purposes and not far short of weapons-grade. And Joe Biden will give them the money to pay for it.