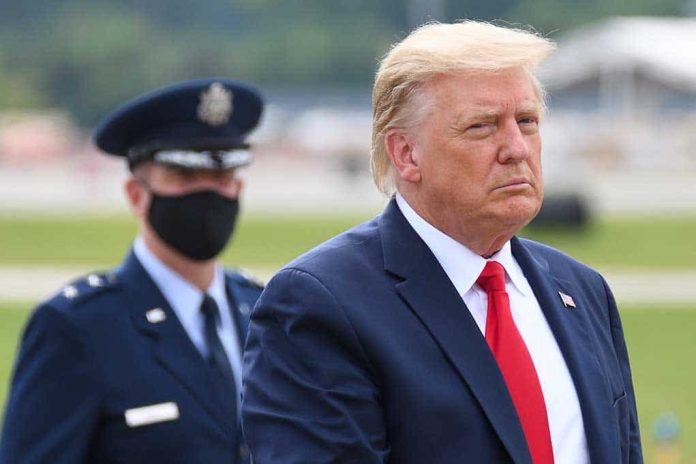 (RightWing.org) – Former President Donald Trump plans to visit the US-Mexico border after announcing that if President Biden and Kamala Harris won’t investigate what’s happening down there, he will.

If you need an illustration on how unserious Biden/Harris are about border security:

Private citizen Donald Trump, in June, is now scheduled to visit our chaotic southern border before Joe Biden and Kamala Harris—the sitting POTUS and VP whose job it is to keep America safe.

On June 15, Trump revealed on Gab that he’d accepted an invitation from Texas Governor Greg Abbott (R) to make an official visit to the border, which is facing the largest illegal immigration crisis in at least 20 years. Since the Biden administration took over in January, the security measures Trump put in place have been systematically dismantled – and, predictably, the result has been a massive increase in illegal crossings.

Trump stated that since Biden became president, the policy had gone “from detain-and-remove to catch-and-release.” He also indicated that the current administration had effectively handed border control over to criminals. He went on to point out that Biden and Harris aren’t even concerned enough to visit the “wreckage they created.”

Earlier this month, Harris – who hasn’t visited the border even once, despite being nominally in charge of it – visited Guatemala to plead with its president to stop migrants leaving his country. However, President Alejandro Giammattei was having none of it. He told Harris that she and Biden had caused the crisis, and it’s up to the US to fix it. Trump’s visit reminds us that we were well on the way to doing just that until Biden and Harris broke it again.