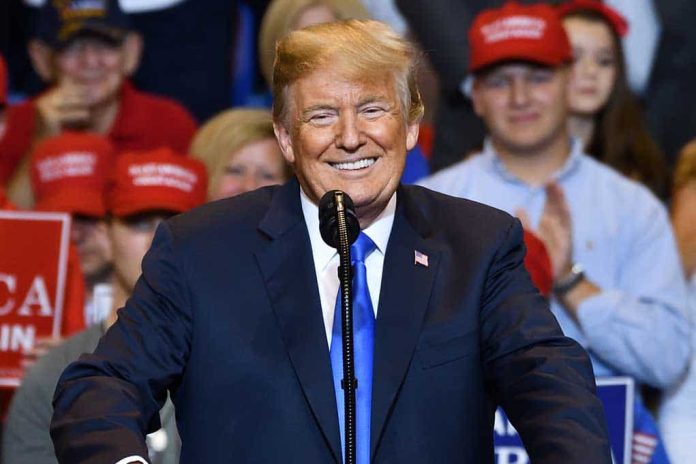 (RightWing.org) – Former President Donald Trump was celebrating his continued leadership of the GOP on Wednesday, as turncoat congresswoman Liz Cheney (R-WY) was dethroned from the chair of the Republican Conference.

The GOP is moving forward with an America First agenda. Liz Cheney continually put personal vendettas over the American people and was no longer in step with GOP leadership. I'm glad my colleagues agreed.

In the closing days of the Trump administration, Cheney established herself as the most disloyal Republican in Congress, even going so far as to vote with the Democrats to impeach the president. Since Biden’s inauguration, she’s tried to swing the GOP away from Trump and towards the left. On Wednesday, the party called time on her meddling.

On Wednesday, May 12, as Republican congressmen assembled for their weekly conference meeting, Trump released a statement saying they had a chance to ditch Cheney, whom he thoroughly demeaned in unflattering terms. Slamming her as bad for the US, Trump went on to say that most Republicans were looking forward to her removal – “and that includes me!”

Half an hour later, the conference proved him right; Cheney was unceremoniously toppled. The front runner to replace her is Elise Stefanik (R-NY) – who’s endorsed by Trump. Finally, the Cheney rebellion is over.