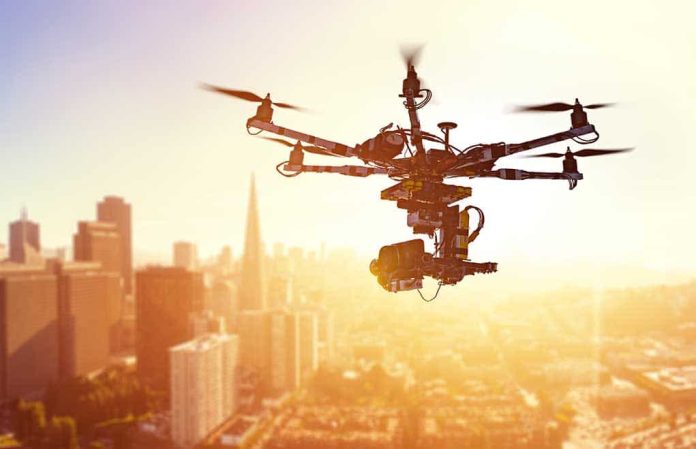 (RightWing.org) – As President Trump issued a last batch of executive orders to deal with unfinished business on Tuesday, January 19, Americans will benefit from new protection against the security threats created by drones. The unmanned aircraft, often featuring high-resolution cameras and other sensors, are increasingly vital in advanced countries, but if criminals or foreign spies hack them, the damage could be terrifying.

Now the president has issued new rules to make drones more secure and protect the data they collect. The “Executive Order on Protecting the United States From Certain Unmanned Aircraft Systems” forces federal agencies to stop buying drones or components from foreign adversaries, including hostile countries like China, Russia, Iran or North Korea.

White House Executive Order on assessing drone fleets, proposing 2209 critical infrastructure rules be drafted, moving to replace “covered” drones through budget planning. This could be a boon to US manufacturers.https://t.co/1oQIYIFikW

Right now, Chinese-made drones are used by hundreds of federal, state and local agencies – simply because China dominates this market. The problem is, there’s no way to tell if the technology in them allows the Chinese secret service to collect data from them or even take control of the drones. The executive order will eliminate this threat and boost the US drone industry at the same time.