(RightWing.org) – President Donald Trump has been an extremely active Twitter user for years — long before he won the Oval Office. As someone who spends a lot of time on social media, he’s dealt with a lot of trolls. So, he does what most people do if they’re harassed, he blocks them. Multiple courts have ruled doing so is now a violation of the First Amendment because he’s an elected official. As of August 20, the president plans to take his fight to the Supreme Court.

Trump filed a request with the high court asking the justices to reverse a lower court’s ruling.

The Justice Department is urging the Supreme Court to overturn a lower court ruling prohibiting President Trump from blocking users from his personal Twitter account. https://t.co/pXvAnhDfO2

Solicitor General Jeffrey Wall argues the 2nd US Circuit Court of Appeals didn’t consider that Trump is blocking people on his personal Twitter account, not the official presidential account. Therefore, the president’s decision to block his harassers is a “purely personal action.”

Further, anyone blocked by the president can still view his tweets when they’re not logged into the platform. They can look at tweets from the Google search page using keywords if they aren’t logged into their Twitter account. They would not be able to comment on them, however.

Do YOU think the Supreme Court should allow Trump to block people? Email us and let us know. 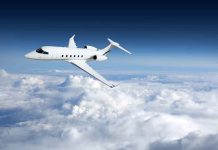