(RightWing.org) – The Republican Party was in dire need of a makeover when then-candidate Donald Trump came down the escalator in June 2015. Many recognized the GOP’s problems, but few in the Republican establishment believed Trump was the answer. Four years later, anti-Trump Republicans are still in denial. Despite their best attempts, the GOP is better positioned than ever to influence American politics for decades to come.

Prior to the arrival of Trump, conservatives looked back and longed for another figure like Ronald Reagan. The former president spoke for decades about the need for conservative policies to solve poverty and communism around the globe. For all of Reagan’s amazing leadership skills and the mark he left on the country, the GOP drifted soon after he left office and struggled to recover… until Donald Trump appeared.

For decades, Republicans were fixated on small-government principles, almost to a fault. Instead of telling Americans why a leaner government was in the best interest of all citizens, the GOP got stuck talking about lower taxes as an academic exercise that included eliminating government programs that directly impacted people. The party opened the door to criticism by Democrats that Republicans didn’t care about people. That couldn’t have been further from the truth. Yet, the narrative stuck.

President George W. Bush got saddled with solving global terrorism after the brutal attacks of September 11, 2001. Compassionate conservatism was soon left behind as he waged war in Afghanistan and Iraq. No Child Left Behind became a moniker, and the economy spiraled down at the end of his second term. Like Trump, Bush was eviscerated in the media. Democrats called him a liar, warmonger, and worse. Yet, the former president refused to fight back and defend himself against the onslaught of attacks.

The only saving grace for Republicans was President Barack Obama. The former president was committed to “fundamentally changing America” through “hope and change.” His ideas were never defined. Yet, he won the 2008 election in the wake of endless wars in the Middle East and a new economic calamity at home.

What Obama ultimately managed to do was demonstrate how a big government with a leftist agenda could hurt America. By the end of Obama’s second term, the man was loved, but the policies and its impact were reviled. The result – President Donald Trump.

Trump Changed the GOP and America

In 2015 and 2016, candidate Trump talked about the impact of policies on the lives of people. He exposed that Republicans were too fixated on their ideology at the expense of everyday people. As president, the former businessman sought to solve the problems of poverty, immigration, trade imbalances, globalization, endless wars, and the pain these policies had on working men and women.

The president managed to create a new practical conservatism that focused on reforming government through regulations and taxes that benefited all Americans. He ended the wars in Iraq and Afghanistan. The 2020 election showed that Trump made significant inroads in the black and Hispanic communities across America. In part, it was thanks to more jobs and a booming economy prior to COVID-19, and the president’s willingness to fight against the far-left socialists that sought to destroy both his presidency and America’s prosperity.

Trump opened the minds of conservatives, getting them to realize that the government can positively influence people’s lives without sacrificing their ideology.

If President Trump loses the election, it won’t be because he hurt America. In fact, it’s just the opposite. The united coalition of almost all the media, the deep state, the financial industry, Big Tech, Hollywood, and academia railed against Trump and relentlessly attacked him on a daily basis.

Yet, Trump did more in four years than the overwhelming majority of presidents did in eight years. Trump managed to do something few other presidents did in history: he turned the GOP from a boring policy party to one that cares about America. He taught Republicans how to fight instead of tremble in fear.

The result in 2020 is spectacular for Republicans. Riding on the coattails of the president’s achievements, Republicans won seats in the House they were expected to lose. As a result, the margins for the Democrats are the smallest they’ve been in decades. The Senate is poised to remain in Republican control as well. If Biden wins, it will be by the smallest of margins.

America needed Trump. Win or lose in 2020, he will be studied for decades to come. He’ll be remembered as a transformative president who changed a political party and positioned it for decades of success, as well as changing the direction of America.

President Trump showed the GOP how to be a powerhouse. The party is set up to expand its influence and dominate state legislatures, governorships, the US House of Representatives, and the US Senate.

A President Trump victory in 2020 is still possible. However, win or lose, he changed America forever. 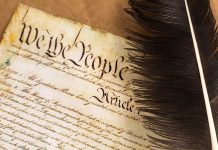