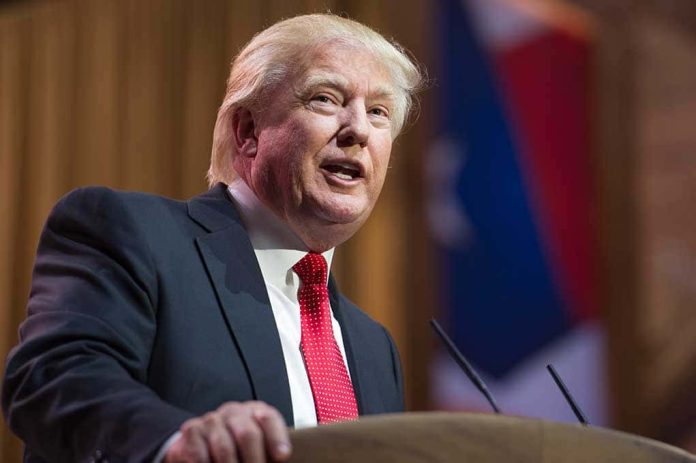 (RightWing.org) – Former President Donald Trump left office on Wednesday, January 20, after a first term that, in years to come, will indeed be seen as a landmark in the rebuilding of America. One key, under-appreciated aspect of his administration has been his firm stand against communism.

Trump ran for election on a mostly domestic platform, but once in the White House, he didn’t hesitate to confront the growing threat of communism around the world, especially in the form of the Chinese Communist Party. He boldly broke new ground, from normalizing relations with our democratic allies in Taiwan – a step previous presidents avoided for fear of insulting China – to backing pro-democracy campaigners in Hong Kong and reducing America’s dependence on spyware-riddled Chinese technology.

This isn't the Cold War. This is something different. The China threat is already within our borders. pic.twitter.com/uVPbTPQrpF

Anti-espionage actions under Trump resulted in more indictments of Chinese spies since 2019 than in Barack Obama’s entire administration. By executive order he banned government purchases of technology from companies influenced by the CCP and Chinese military. At his direction, the State Department sanctioned Chinese officials linked to the regime’s human rights abuses. And his withdrawal of US support and funding from international organizations vigorously resisted the CCP’s influence.

Communism has lost a lot of visibility since the end of the Cold War, but it’s still a serious threat to our freedom and prosperity. As president, Donald Trump took up the battle against Marx and Mao’s terrible ideas where Ronald Reagan left off, and the world is a better place for it.