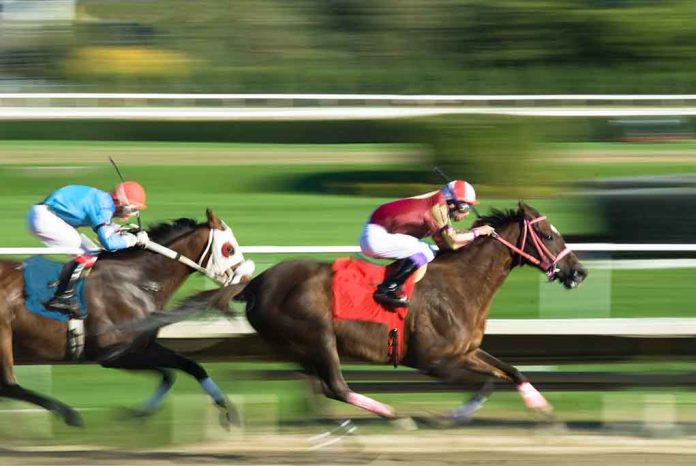 Trump 18 Points Ahead in Newest Poll Over DeSantis

(RightWing.org) – Former President Donald Trump has revealed he is running for the White House in 2024. His November 15 announcement put an end to nearly two years of speculation. Although no other Republican has announced quite yet, there’s a lot of speculation Florida Governor Ron DeSantis might throw his hat into the ring. A recent poll, however, shows Trump is still powerful in the party and comfortably the favorite.

The November Harvard CAPS/Harris Poll shows Trump leading in a hypothetical 2024 GOP primary race. Pollsters asked potential voters who they would vote for if the Republican primary were held today. It showed the former POTUS leading with 46%. The second most popular candidate was DeSantis, with 28% — 18 points less. The former vice president came in third with 7%, and Senator Ted Cruz (R-TX) received 3%.

Although Trump is in the lead in the poll, the actual results were a mixed bag. The former president fell by 9 points. Meanwhile, DeSantis’ support rose by 11 points.

The Florida governor has gained momentum in recent weeks after dominating in the state’s midterm elections, where he beat his Democratic challenger by nearly 20 points.

With the primaries more than a year away, any candidate who wishes to run has plenty of time to shore up a base.

Who do you want to see win the GOP nomination?