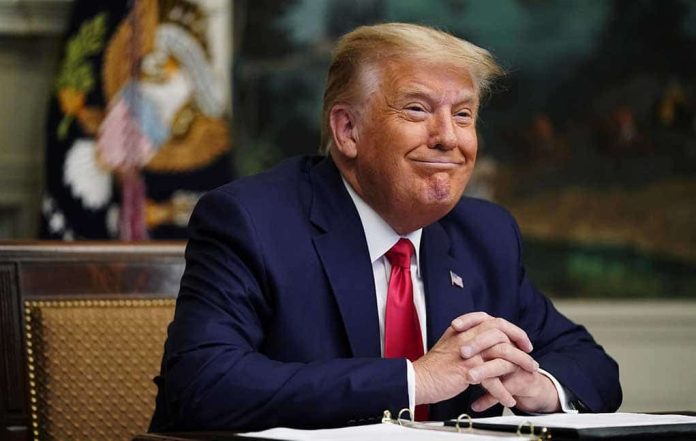 (RightWing.org) – In the waning days of the Trump administration, the soon-departing president shrewdly worked to preserve his agenda within the government. While it’s ordinary and customary that new presidents appoint cabinet members and senior-level government officials, Donald Trump, like most conservatives, knew that Biden wasn’t any normal future president. Biden campaigned as a moderate while the GOP warned the country that he was beholden to the far left. Those concerns proved true in only the first week of the Biden administration.

It’s a good thing the former president appointed loyal MAGA people to senior positions of the government before leaving office. Those appointments could thwart Biden’s agenda and make things difficult for his administration.

From Political Appointees to Civil Service

In the last few months of former President Trump’s first term, the media was hysterical and giddy at the number of appointed members of his administration that were leaving. However, were they really leaving? Perhaps not all of them.

It appears that many switched their roles and became permanent civil service employees. The part that may rankle the Biden administration as it attempts to root out all vestiges of Trump’s legacy. Unfortunately for the new administration, civil service employees are legally protected from partisan removal unless there is an illegal method through which they obtained their jobs.

It’s not uncommon for any administration appointees to convert to civil service jobs. However, it is frowned upon. Trump’s conversions are thought by the Biden administration to be working in the Departments of Justice (DOJ), Homeland Security, and Energy, and others. Some are serving as US attorneys, general counsel, intelligence leaders, and even immigration judges.

Certainly, they could impact Biden’s ability to execute his agenda swiftly.

Other Appointments a Nuisance to Biden Administration

In addition to civil service jobs, Trump also appointed key leaders from his campaign and administration to serve on prestigious government boards and commissions. Like civil service jobs, it’s nearly impossible to get rid of an appointed person before a term expires, which is normally five years.

Biden administration officials are expressing frustration openly. However, they know there isn’t much they can do.

It seems Donald Trump found a way to thwart Biden and be an ongoing reminder that he put his thumbprint on the executive branch of government for years to come.