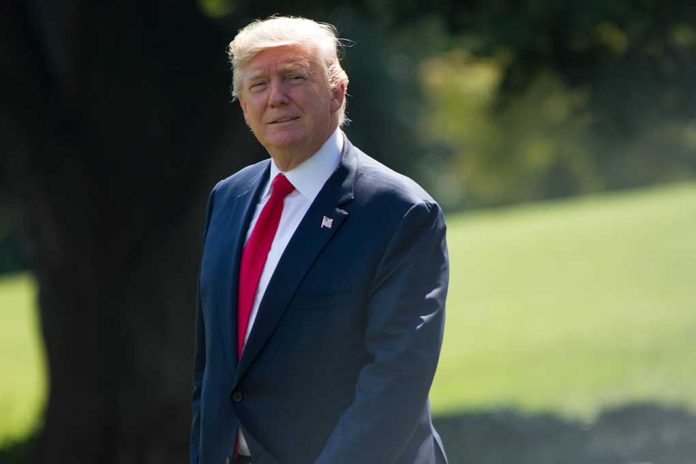 (RightWing.org) – It’s now well over a year since Donald Trump left the White House, but the liberal media is still obsessed with him. Journalists are still constantly trying to tear down Trump’s legacy and destroy his reputation. Of course, it isn’t working.

New polling analysis shows our former president has the highest favorability ratings of any national political figure. Favorability ratings subtract how many people disapprove of a politician from how many approve, giving a positive or negative number. It has to be said that Trump still has a -5.6% negative rating – but that’s a lot better than anyone else is getting.

Trump’s nearest rival is President Biden, who has a -10.3% negative rating. Vice President Harris is lagging well behind at -15.5%, while House Speaker Nancy Pelosi scores a dismal -22.2%. There’s no chance of this being a freak outlier poll, either; RealClearPolitics, who did the analysis, averaged the results of up to eight recent polls to get reliable data.

So why is Trump defying political gravity and remaining popular despite the media’s endless attacks on him? Well, look at the stability and prosperity the US experienced under Trump. Now, compare that with the inflation crisis and foreign policy bungling under Biden. Is it any surprise so many Americans are nostalgic for a president who actually knew what he was doing?