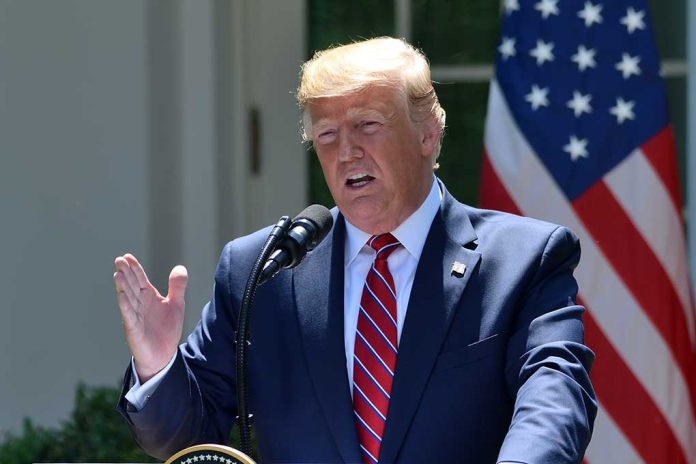 (RightWing.org) – The House elects a new speaker when the 118 Congress convenes on January 3, 2023. Republicans nominated House Minority Leader Kevin McCarthy (R-CA) by a vote of 188 to 31 on November 15. Still, McCarthy doesn’t currently have the required 218 votes to win. However, former President Donald Trump recently endorsed the minority leader — a move that might tip the scales.

The former president sat down for an exclusive interview with Breitbart News from his Trump National Doral Miami hotel on Friday morning, December 16. The conversation quickly turned to the upcoming race for House speaker. When asked if he backed McCarthy’s bid for the office, Trump answered in the affirmative.

“Yeah, I support McCarthy,” he proclaimed.

Trump has endorsed McCarthy for speaker, concerned about what could happen if the Gang of 5 give an opening to the Democratshttps://t.co/FKpKUtqMA6

Trump also discussed the current battle being waged within the GOP by five Republicans who say they won’t vote for McCarthy without calling them out by name. They include representatives Matt Gaetz (FL), Ralph Norman (SC), Bob Good (VA), Andy Biggs (AZ), and Matt Rosendale (MT).

The former president warned they were playing a “very dangerous game” that could result in an outcome similar to what happened when then-Rep. Paul Ryan (R-WI) replaced ousted Speaker John Boehner (R-OH) in 2015. Trump explained that Boehner may have been a “strange person,” but Ryan ended up being “ten times worse.” In the former president’s estimation, Ryan was “incompetent… the worst speaker in history.”

Who do you support to replace outgoing Speaker Nancy Pelosi (D-CA)?