(RightWing.org) – Thanks to the hard work of the Senate Republicans, President Trump is acquitted of his impeachment charges!

Trump was acquitted with a vote of 52-48 on the first impeachment charge and 53-47 on the second.

A special thanks goes out to Sen. Rand Paul (R-KY) for tirelessly working behind the scenes to ensure that an overwhelming majority vote to impeach President Trump didn’t happen. There were a few Republicans and Democrats who were on the fence about towing the party line or voting on their beliefs. Even still, Trump will remain in office now that this impeachment nonsense has come to a close.

Sen. Mitt Romney (R-UT) ended up voting to convict Trump, stating “The president is guilty of an appalling abuse of public trust.”

Some Democrats aren’t happy, especially Sen. Kamala Harris (D-CA). After disagreeing with the president’s State of the Union Address, Harris also denounced his impeachment trial by providing an interesting description of what happened.

Tonight's State of the Union falls on the heels of a gross miscarriage of justice in Trump's impeachment trial. But we cannot stop fighting for our democracy and a more perfect union. #SOTU pic.twitter.com/5zWmjR06fC

That’s what Democrats do when they don’t get what they want. 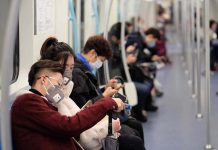 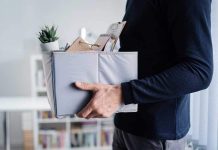 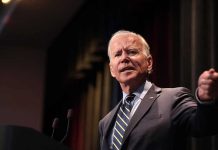 Biden Calls for Congress to Take Action Against Police