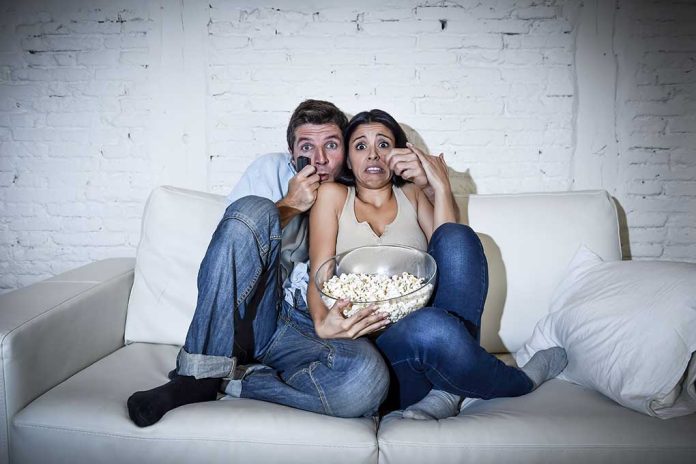 (RightWing.org) – On Sunday, October 31, America’s children ventured out in search of tricks or treats. Unfortunately for Joe Biden, his trickery on America isn’t working. He was supposed to be the good guy who defeated the socialists in his own party last year. It seems America is on to his trick and isn’t taking the treat.

Before the little goblins, ghouls, and Disney characters showed up on doorsteps Sunday night, NBC News released a poll that should frighten all Democrats. On Meet the Press, host Chuck Todd declared that America has lost their confidence in Biden and any optimism they had for the country’s future under his leadership.

The bad news came just days ahead of gubernatorial elections in Virginia and New Jersey, where Democrats outnumber Republicans, yet Democratic candidates are in deep trouble. As the Left continues to push for its radical agenda in Congress, the country is growing weary of the Democratic plan. But, are they listening?

This Is as Bad as It Gets for Democrats

So, how bad is the news for Democrats? Shockingly, only 22% of adults believe Biden is pointing America in the right direction, and 71% say the country is going down the wrong road — up 8 points since August. Once again, 70% of Independents are bailing on Biden. Democrats need the all-important independent vote to win elections. Without them, there aren’t enough Socialists, Progressives, or classical Liberals to defeat Republicans nationwide.

The news is so bad that nearly half of Democrats agree. Compounding the problems, only 42% approve of Biden’s job performance, and 54% disapprove.

Here’s a glimpse at some of the other findings revealed in the poll:

Over the last several weeks, Democratic gubernatorial candidates in New Jersey and Virginia asked Biden to campaign with them. It’s not helping their cause. Last week, a Fox News poll showed the races closing quickly. In New Jersey, Democratic Gov. Phil Murphy will likely win, but by small margins.

Virginia is a different story altogether. That race is too close to call. On Friday, a new Fox News poll showed Republican candidate Glenn Youngkin surging past Democratic candidate Terry McAuliffe. Two weeks ago, the poll suggested McAuliffe was up 51%-46%. Now, Youngkin is ahead 53%-45%.

So, if poll after poll shows Biden pulling the party down, why are they standing next to the president? Usually, politicians run for the hills, but the answer is likely more about the semi-socialist agenda than Biden. Democrats are banding together in the face of opposition in hopes two things happen:

It’s a massive gamble, but they don’t have many other choices. Many political analysts expect Republicans to take back the House in the 2022 midterm elections thanks to decisive redistricting advantages combined with unrest among Independents who don’t favor the Left’s agenda. The Senate may flip back to Republican control, as well as they only need to change one seat from blue to red.

So, while the public is frightened about the Democrats’ future, it’s full steam ahead. If they pass the Build Back Better agenda, will it help or hurt the Democratic Party in 2022?