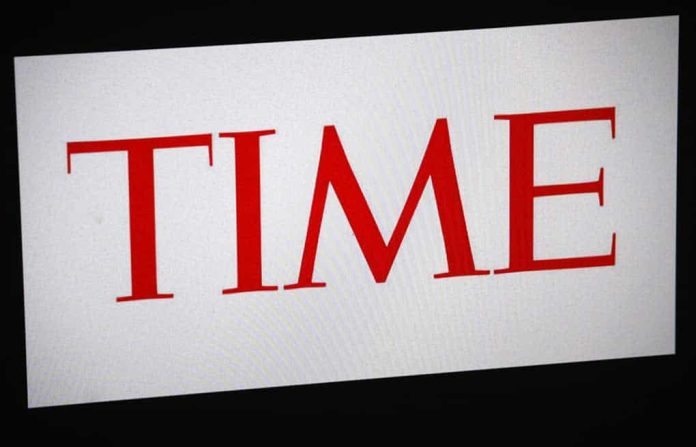 (RightWing.org) – One major US magazine is openly and brazenly sharing what most conservatives already knew. The 2020 election results were orchestrated by some well-connected, powerful, influential, and wealthy people in order to defeat Donald Trump. That’s the conclusion of an in-depth article in Time Magazine that quotes numerous people involved in the “shadow campaign.”

Time goes out of its way to paint the effort to undermine the election and manipulate voters as “heroic.” In other words, a few individuals decided they knew what was best for America and decided to take matters into their own hands. They worked behind the scenes and gave Joe Biden and Democrats blanket cover and plausible deniability.

A Cabal of Well-Funded and Powerful People

Described as a well-funded “cabal” of powerful people, a coalition of Democratic operatives, grassroots activists, media, Big Tech, and corporate CEOs worked together in a “shadow campaign” behind the scenes to thwart Donald Trump. Their successful intentions were to “influence perceptions, change rules and laws, steer media coverage and control the flow of information.”

Called the “shadow campaign,” Time goes out of its way to suggest that the actions taken by the group were heroic and necessary as they worked to protect America against Trump. They claim the “cabal” wasn’t trying to rig the election. Instead, they were “fortifying it.”

Yet, how does motive, however good or bad, change reality? Is fortifying the same as rigging?

How Did They Do It?

According to the article, the “cabal” influenced every part of the election. Behind the scenes, they worked to pressure legislatures at the state level to use the pandemic as a reason to allow for mail-in voting. In states where the legislature didn’t agree, they pressured governors. When conservatives pushed back, they termed it “voter suppression.”

Post-election, the “cabal” repeatedly stated that Trump was a liar and branded the challenge to ballots and election fraud as “conspiracy theories.” They claimed conservatives were spreading false information and needed to be stopped, and they did so through social media and search engines in the name of promoting “civility” and combating “misinformation.”

From influencing lawmakers, manipulating the public, and painting themselves as heroes, the “shadow campaign” leaders want the public to know what they did. Too many are being openly quoted for them not to want America to know.

It begs a lot of questions. Chief among them, if they did it once, can and will they do it twice? Will there be any consequences? Did they succeed in manipulating Americans into believing it’s okay to rig an election if the end justifies the means?