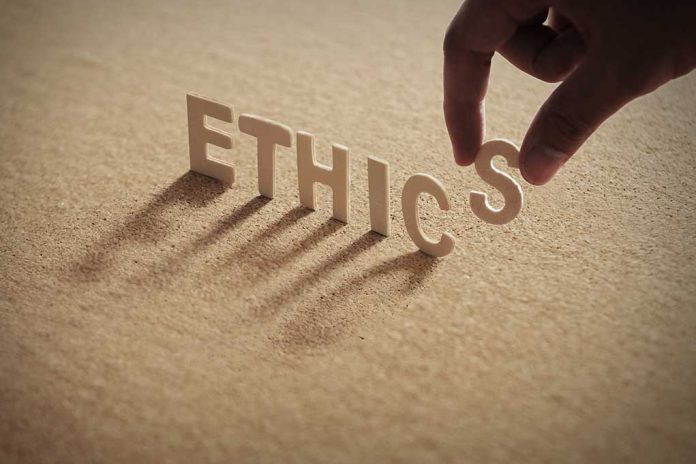 (RightWing.org) – According to the Office of Personnel Management, 1,869,986 employees work to conduct the business of the government. The US Department of Labor (DOL) says the federal government is the country’s largest employer. As such, the agency says it “must model effective employment policies and practices.” That may clash with a recent investigative report by the Wall Street Journal (WSJ).

The wide-ranging investigation found thousands of executive branch officials reported owning or trading stocks. While it may seem innocent and prudent to invest for the future, the newspaper found the investments purchased were impacted by the decisions made by the divisions or departments they worked in, leading to questions of whether the trades were questionable in nature.

The WSJ said over 2,600 bureaucrats across a wide range of federal agencies disclosed their stock investments. At the same time they were buying or selling the assets, the same companies lobbied the agencies for policies favorable to their organizations. Potential conflicts of interest involved one in five senior employees across 50 agencies.

The news outlet reviewed over 31,000 financial disclosure forms submitted by approximately 12,000 senior civil servants and other officials from 2016 to 2021. The WSJ stated it was the deepest analysis of financial documents of those who work in the executive branch.

So, is there a conflict of interest?

Don Fox, an ethics lawyer and former government ethics official, said senior administrators have incredible power and influence over Americans’ lives. He stated the investigation revealed some senior bureaucrats violated the spirit of the law, suggesting they harmed the “public’s confidence in the integrity of the government.”

What Does the Law Say?

Federal law does not allow its employees to work on matters that could impact their personal finances, including any appearance of a conflict of interest. The 1978 Ethics in Government Act mandates senior officials must file annual financial disclosures.

Federal regulations say investments under $15,000 are not a conflict of interest. Likewise, neither are mutual funds held under $50,000 if they focus on specific industries. The law allows for investing unlimited in diversified funds.

Still, the disclosures are only available upon request and, until now, have served little in the way of accountability. According to records reviewed by the WSJ, those who violated conflict of interest rules and were referred to law enforcement received little to no punishment.

The investigation found ethics officials often don’t see conflicts of interest as a priority or a part of their responsibilities. Part of the reason is they don’t know what employees are working on, which dictates whether or not there is a violation. Even when they refer a case to the Department of Justice (DOJ), the WSJ found prosecutors declined to prosecute most cases.

So, are civil servants working for America or working to profit from their employment?