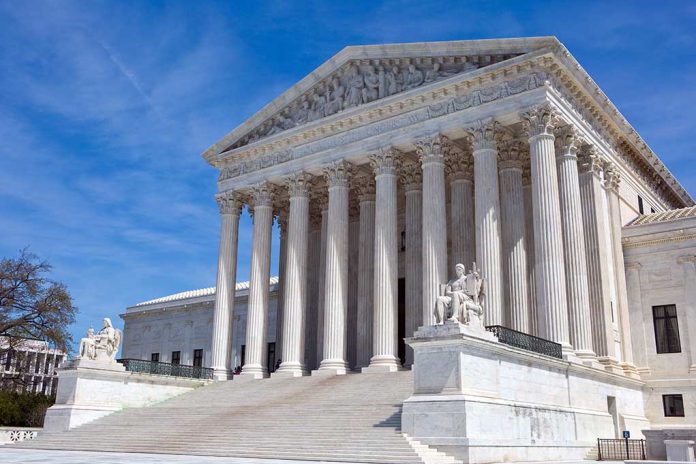 (RightWing.org) – United States businesses spend more money on legal services than other parts of the world. According to one report, they spend 0.39% of their revenue on attorneys, prevention, and litigation. The next closest is Canada at 0.26%. Japanese companies are at the bottom with 0.03%. Experts say America is the most litigious country because it has complex federal and state laws.

So, is it surprising the US Supreme Court (SCOTUS), under Chief Justice John Roberts, is the most pro-business friendly court in the history of the country? That determination comes after a study looked at cases between 1921 and 2020. Over the 70-year-period, it showed the justices increasingly backed corporations over individuals.

The Data Doesn’t Lie, But Is There More to the Story?

Data reveals the judiciary under Roberts has been much friendlier to big business than in previous times. Under his tutelage, the justices sided with corporate entities 63% of the time. In 2020, it was 83%. Yet, the historical average is 41%.

The current 6-3 majority conservative court (Alito, Barrett, Gorsuch, Kavanaugh, Roberts, and Thomas) is not shy regarding its pro-commerce leanings. Still, even liberal Justice Elana Kagan voted alongside the conservatives in 56% of her rulings. Sonia Sotomayor is the lone participant who regularly votes against for-profit enterprises. Yet, she votes in favor of companies 48% of the time.

On the surface, they may not paint a good picture. But, is it all bad? The study concluded the bench largely followed the government’s lead. The Office of the Solicitor General only went against enterprises in 20% of cases during Robert’s tenure.

Business law is complex, and there is much at stake in many situations. The US Chamber of Commerce often participates in cases by filing an amicus brief explaining its point of view for or against a corporate issue. In the 2019-2020 term, it won 10 out of 15 cases in which it filed a brief for a 67% win rate. That’s 11 and 24 points higher than previous chief justices.

Still, the chamber lost a third of those cases. A lower court sided with consumers, workers, or the government in each one.

So, what does the information reveal?

The high court appears to side with corporations much more often than individuals or other institutions. Still, the devil is in the details.

The question is, as liberal politicians seek to create new laws and regulations against entities in the energy, banking, and consumer industries, will the companies seek relief through the courts even more in the months and years ahead?

Will the courts continue siding with business, and is there a good reason for it?