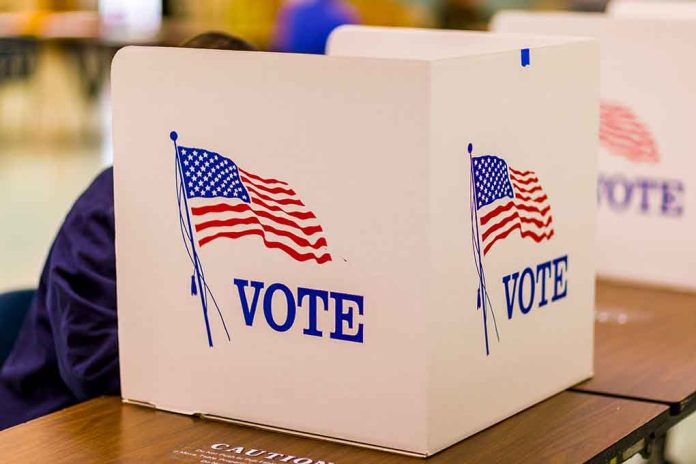 Latinos Could Decide Dozens of Elections This Year

(RightWing.org) – Over the last year, warning signs started flashing that Democrats could be in big trouble with Latino voters. In December, a Wall Street Journal (WSJ) report said Democrats no longer owned a decisive edge with the growing influential group. Since then, the news outlet has consistently reported the demographic continues to evolve and lean more Republican. If it does continue, it might cause a seismic shift in election outcomes and marginalize the Democratic Party’s dream of becoming the dominant political party on the backs of Latino voters.

Heading into the 2022 midterm elections, 32 million Latinos are eligible to vote. At stake are House, Senate, gubernatorial, and state seats. Latinos will likely decide who wins and loses in several races across the country on Tuesday, November 8.

Latinos Could Decide Dozens of Elections

Among the electorate, Latinos are among the fast-growing segments. In 2020, they accounted for 16 million ballots, which was more than 10% of the total vote. As issues begin to come into focus, they may heavily influence the results of the upcoming election as Hispanic voters are no longer a one-party group. The demographic is evolving into a split vote that is moving toward the GOP.

In August, Democratic strategist Ruy Teixeira wrote in the WSJ that Democrats focused so much on attracting white working-class voters they essentially took the Hispanic vote for granted. He argued Hispanics are the largest non-white group at 19% of the population. Now, Latinos are the second-largest voting group, making up 18.7% of the country’s total population.

According to a UnidosUS and a New York Times-Sienna Collge poll of Hispanic voters, respondents said their top issues are inflation, crime, jobs, health care, and abortion. The Sienna College poll showed Hispanics without a college degree shifted 11 points from Democrats to Republicans.

Both surveys showed Latinos are open to GOP messaging on jobs and the economy. If they vote based on inflation, election night could be very good for Republicans.

What States Could Hispanics Impact Elections?

In several states, Latino voters will heavily influence the outcome of elections if they show up in large numbers and cast a ballot. They are likely to play a prominent role in gubernatorial and senate races in Arizona and Nevada and impact races in Pennsylvania.

In Arizona, the Hispanic vote accounts for 25% of registered voters. One forecast suggests they could cast 644,600 ballots — that would be four times the number of people who showed up in the 2002 primary.

Latinos comprise more than 28% of the total population and 18% of registered voters in Nevada. Experts expect them to increase their vote share by 5.8% compared to the 2018 midterms and 70.2% compared to 2014. They will have a significant say in determining if incumbent Sen. Catherine Cortez Masto (D-NV) is re-elected or booted from office. It’s the same with gubernatorial incumbent Steve Sisolak (D).

In Pennsylvania, Latinos account for 7.6% of the population and 5.3% of voters. Still, they have made their presence felt in past elections. In several congressional races, they may decide the winner as pockets of Hispanic voters align with the GOP in the blue-collar cities of Reading and Allentown.

If the shift towards Republicans is realized in November, it may alter the national and state political landscape for generations to come.

Still, it’s too early to make any predictions about 2022.