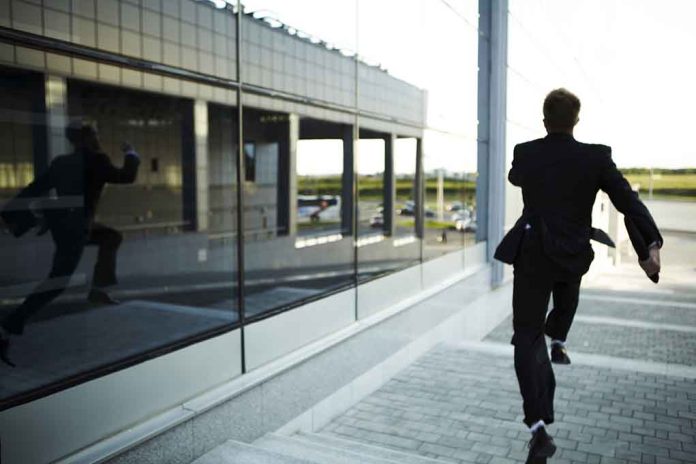 (RightWing.org) – In politics, those running for office inevitably want to be seen with the hot hand. In most off-presidential year elections, members of a president’s party often want him to campaign with them. Presidents Clinton, Bush, Obama, and Trump relentlessly supported candidates running for Congress. However, Obama’s endorsement record was spotty at best despite his high personal approval ratings.

This year, it appears things aren’t going well for President Joe Biden 18 months of chaos have resulted in his shrinking popularity. It seems that time to turn things around is gone for the beleaguered president, frustrated by many in his own party who are unwilling to endorse him for re-election in 2024. Making matters worse for Biden, several vulnerable Democrats in 2022 who fully supported and voted for the Biden agenda in 2021 are running from the president as they face problematic re-election bids in November.

One has to wonder, if the Democrat’s far-left agenda in 2021 was so popular with voters, why are so many incumbents running from last year’s voting records? Among the most strident supporters of the Biden agenda was Rep. Abigail Spanberger (D-VA). After Democrats experienced unexpected losses in the House in 2020, Spanberger warned the party not to go further to the Left.

Yet, in 2021, Spandberger voted for the American Rescue Act, which helped spark the current wave of inflation through nearly $2 trillion in additional government spending. The vulnerable Democrat also voted for the far-left Build Back Better agenda that would have transformed government, the economy, and society to the tune of trillions of dollars in additional spending.

In Washington state, Rep. Kim Schrier (D-WA) also voted with the Biden agenda in 2021. Now, she claims in a new ad she’s taking on high gas prices by calling on the administration to suspend the national gas sales tax. Yet, she also supports Biden’s reckless transition to green energy before it’s capable of meeting America’s energy supply needs.

There’s still one more vulnerable Democrat running away from Biden. Rep. Chris Pappas (D-NH) recently went after the administration for supposedly taking its eye off inflation. Yet, he voted for the out-of-control partisan spending that contributed to said inflation.

So, do their positions show how weak they are this November and how exposed their hypocrisy has been?

Democrats in Big Trouble This Fall

After the Supreme Court’s decision to overturn Roe v. Wade, many Democrats hoped the ruling would throw them a lifeline heading into the midterm general elections. According to the RealClearPolitics generic congressional average of polls, it’s not having the desired impact. The RCP average shows Republicans up 2 points. Many political analysts believe Democrats need to gain between 4 and 7 seats to keep the House this fall.

Still, the +2 points may not be indicative of the Left’s troubles. Two polls are showing significant outliers, which skew the RCP average.

So, will the GOP hold Democrats accountable for running away from the president they so ardently supported over the last several years?

One can bank on it.