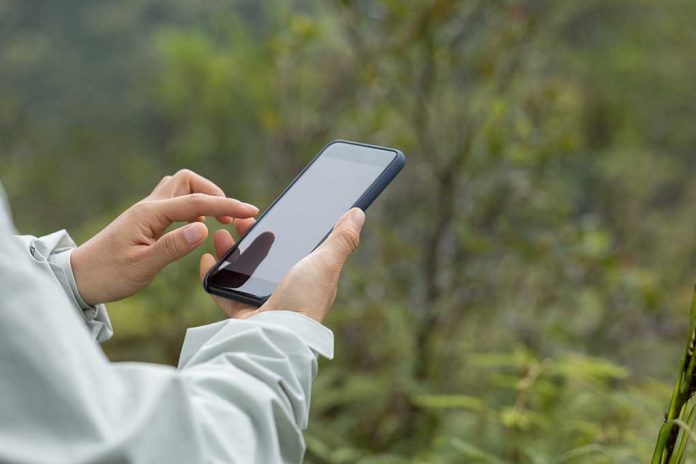 (RightWing.org) – At times, the Democratic party’s pandering to illegal immigrants appears limitless. For instance, the Obama administration launched a targeted federal effort to provide cell phones to illegals as part of a so-called effort to reduce the level of immigration detentions. As it turns out, the Biden administration has reintroduced the provision of free phones to migrants.

Fox News correspondent Bill Melugin recently exposed the practice. According to him, government officials instructed migrants to report to their local US Immigration and Customs Enforcement (ICE) office to receive smartphones.

Jen Psaki confirms Biden is giving FREE PHONES to illegal immigrants before releasing them into the U.S. pic.twitter.com/rJnbhTGXuK

Fox News White House correspondent Peter Doocy questioned press secretary Jen Psaki about the practice at her April 6 press briefing. “Which part of that [initiative] is supposed to deter people from crossing [the border] illegally,” he asked.

Psaki confirmed the practice, claiming the White House was using the initiative as part of the Federal Alternatives to Detention Program (ADP). According to Psaki, the ADP uses “unique forms of technology to monitor participants enrolled in the program,” such as a smartphone app using facial recognition instead of detaining them until their immigration court dates.

Doocy followed up, asking Psaki if administration officials were concerned migrants would discard the phones. The press secretary sarcastically asked, “Do you have a record of people throwing them away?” before launching into a rant about the percentage of migrants who have received notices to appear in court after their release at the border.

Do you think it’s a good idea to give illegal migrants free smartphones at taxpayer expense?