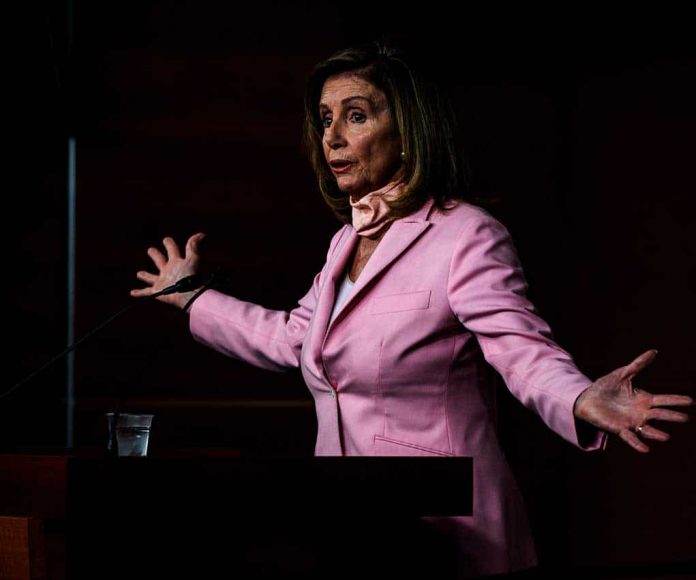 (RightWing.org) – In 2020, protestors and rioters wreaked havoc across America over social justice issues. Democrats called it the “summer of love.” Now that it’s time for the Left to stop talking and start legislating, they are learning how difficult that task is to accomplish. For eight months, radicals like Rep. Alexandria Ocasio-Cortez (D-NY) acted like they owned the party and demanded all Democrats join the call to defund the police.

Here we are in August 2021, and the Left is ready to pursue its reckless agenda to transform America. On Wednesday, August 11, the Senate Democrats cleared a significant hurdle to pass their proposed $3.5 trillion “human” infrastructure budget proposal when the vote-a-rama marathon parade of proposed amendments was concluded. The bill seeks to increase social programs, transform healthcare, put millions of illegals on a path to citizenship, provide free college, place a downpayment on the Green New Deal, and more.

However, it seems there are more hurdles on the horizon.

For a month or longer, Pelosi tried to hijack the $1 trillion bipartisan infrastructure deal. The Speaker stated that until she got the Left’s radical go-it-alone dream package from the Senate, the bipartisan agreement was a no-go for a vote in the House. The Left praised Pelosi for taking such a tough stand.

Now, it’s the moderates’ turn. A group of nine Democrats is defying the Speaker. They threaten to blow up infrastructure altogether unless Pelosi reneges and brings up the bipartisan bill for a vote first. The moderate group wrote that too much is at stake for working families to play politics with unnecessary delays. The gang of nine argued it’s a once-in-a-century, bipartisan package that should be voted on immediately and not held hostage by the Left.

Here’s where they get their leverage.

The House only has a four-vote margin. It’s almost as razor-thin as the Senate. The nine House members can kill the proposal to move forward with the reconciliation budget resolution after it comes over to the House from the Senate. They threaten to do so until the bipartisan deal is passed in the House and signed into law by President Biden.

The Left says they won’t vote for a bipartisan deal without reconciliation.

Who will blink first?

Will it even matter?

A budget resolution might not even make it out of the Senate. If it does, its likelihood of passing is slim to none. At this point, moderate Democratic Sen. Krysten Sinema (D-AZ) is a hard no on the $3.5 trillion proposal. On Thursday, Sen. Joe Manchin (D-WV) all but put a dagger in it, saying he can’t defend the bill’s proposals at home. It only takes one Democratic “no” to kill the proposal in the Senate.

The high-stakes game of chicken is getting serious.

Unscathed amid all this chaos, Republicans can sit back, sip a cool beverage, and enjoy the show.

There’s bound to be a lot of twists and turns in the coming weeks. Will the Democrats salvage their hopes, or will the summer of rebellion consume their dreams of a different America?