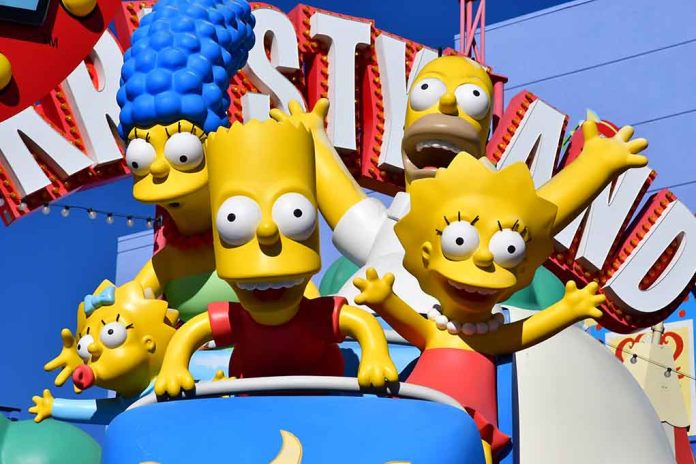 (RightWing.org) – Move over Nostradamus; there’s a new top prophet. In fact, there’s a whole family of them, and their reputation for accuracy is becoming spooky. There’s just one problem: That family is The Simpsons.

Back in 2000, The Simpsons predicted Donald Trump’s presidency. In the popular cartoon, Lisa Simpson succeeded Trump in office – and she wore an outfit exactly like one favored by Vice President Kamala Harris. A 1993 episode featured the “Osaka flu,” a new disease – and the government response was spookily like the real-life reaction to COVID-19. So what are the Springfield Seers predicting for 2022?

Rise of the Robots

Two episodes, broadcast in 1995 and 2011, featured robots taking over Springfield. Now, the NYPD has trialed Digidog, a General Dynamics robot with artificial intelligence, communications equipment and an array of lights and surveillance cameras. Local Leftists sent DigiDog back to the doghouse after claiming it was racist, but the technology exists, and it isn’t going away. Will more police departments roll them out next year – and could it go wrong?

In a 1995 episode set in the future, Lisa’s English fiance told Homer, “We saved you in World War III.” Just a couple of years ago, the idea of another world war would have seemed crazy – but that was before Russian strongman Vladimir Putin moved 100,000+ troops to the Ukrainian border last month.

In 1995 Bart discovered a comet on a collision course with Earth. Now NASA has a database of over 2,200 “Potentially Hazardous Objects” – comets or asteroids that could hit Earth – and the list is growing all the time. Will 2022 be the year one of them hits us? The Simpsons could have the answer.