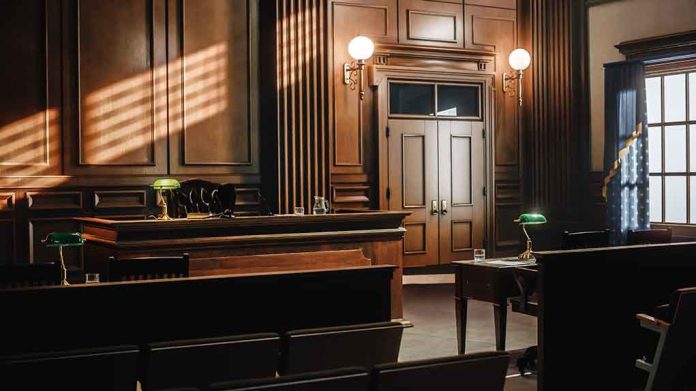 (RightWing.org) – For most of former President Donald Trump’s time in office, Democrats attacked him as a pawn of Russian President Vladimir Putin and continually alleged without proof that his 2016 presidential campaign colluded with Russia to defeat Democratic presidential candidate Hillary Clinton. The government spent over $30 million investigating allegations. In 2019, Special Counsel Robert Mueller determined that there wasn’t any collusion between Trump and Russia.

After Mueller issued his report, then-US Attorney General William Barr appointed John Durham as special counsel to investigate the origins of the Trump-Russia collusion scandal. In the last year, Durham has gotten close to Hillary Clinton as her campaign manager revealed the former candidate knew exactly what was going on. On Tuesday, May 31, a jury found Clinton Campaign lawyer Michael Sussman not guilty of lying to the FBI. Still, the trial revealed much about Durham’s case and how Clinton’s campaign trickery against Trump got picked up by the FBI and Department of Justice (DOJ).

During the Sussman trial, prosecutors revealed numerous facts that the media has failed to mention. So, just how far did the campaign go to try to destroy Trump and protect Hillary Clinton from her 2016 email scandal?

Rodney Joffe was a confidential human resource for the FBI and a technology executive at Neustar. For years Joffe worked with the FBI on cybersecurity issues. During the trial, prosecutor Deborah Brittain Shaw revealed that Neustar fired the technology executive because of his aid to Sussman. Joffe allegedly exploited his personal access to Trump Tower, the former president’s New York apartment, and the White House. Joffe turned the data over to Sussman, who then brought it to the FBI. Durham is investigating Joffe for his actions in 2016.

Prosecutors also alleged that Joffe was associated with the person code-named Tea Leaves. Hiding behind the moniker was April Lorenzen, a cybersecurity expert at ZETAlytics. Lorenzen apparently used some of the data acquired by Joffe and posted it on a blog anonymously. Joffe then told Sussman to present the claims to the FBI. In addition, Joffe also approached the law enforcement bureau separately, hoping that they would investigate Trump.

Finally, the trial revealed that former FBI Director James Comey was excited to take the case despite lower-level investigators saying there wasn’t a case against Trump or his campaign. Agents also expressed concern that agency leaders weren’t allowing them to probe political bias or interview the claimants. Despite FBI experts saying the allegations were likely false within 24 hours, FBI leadership kept the case open for nearly four months.

Hillary Clinton, the Biggest Nugget of All

In addition to all that information gleaned by prosecutors, there was one more massive nugget the media has talked little about: Robby Mook — Clinton’s campaign manager. He told the jury under oath that Clinton personally approved the plan to spread misinformation about Trump and a Russian bank, tying the Trump campaign and Russia together.

Ultimately, the actual Big Lie propagated by Clinton and her campaign may be the most extensive disinformation campaign in US political history.

While Sussman may be a free man, the scope of the trial was narrow and specifically tailored. It tipped the public off to some of the information Durham has in his possession, but it’s far from complete.

Stay tuned. America will learn much more in the days, months, and years ahead about this tragic moment in American history.