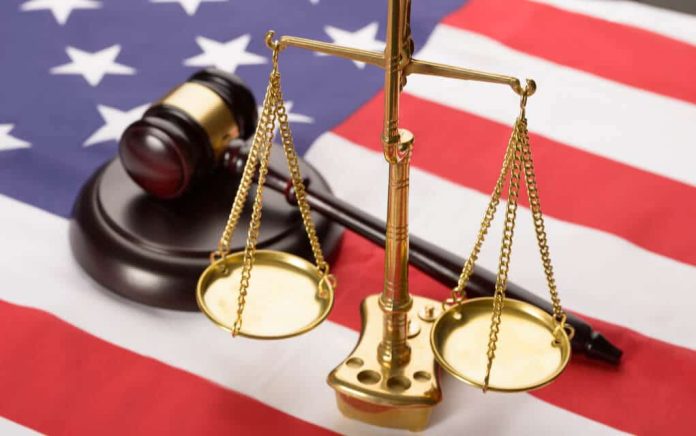 (RightWing.org) – Thanks to President Donald Trump and a Senate-led Republican majority during his first term, the United States Supreme Court (SCOTUS) looks very different than it did in 2016. For decades, it was the goal of the GOP to get more conservative justices on the bench. However, that took time to accomplish between alternating Democratic and Republican presidents. Ultimately, things fell into place for the GOP, resulting in the court now having a strong 6-3 conservative majority.

During the late years of the Obama administration, many on the left attempted to persuade Justice Ruth Bader Ginsburg (RGB) to retire in order to protect her seat. RGB was a staunch and unapologetic liberal who loved her role as a Supreme Court Justice. However, when she passed away in the summer of 2020, it allowed President Trump to appoint a third conservative justice to the court, roiling Democrats who lamented giving up a cherished seat on the court.

Now that a new president will be inaugurated on January 20 and Democrats will apparently have control of the US Senate, many Democrats are applying the same pressure to Justice Breyer they were to RGB. Breyer is the oldest judge on the court at 82. If he serves a presidential term on the court and a Republican is elected in 2024, it’s possible that a conservative president could nominate and confirm another conservative justice.

As it stands right now, the court could lean right for another 20 years or more. Democrats don’t want to take a chance and see it grow to 30 or more years if a young conservative justice were to replace Breyer.

Why Is the Supreme Court So Important?

Since Roe v. Wade, Democrats and liberals viewed the Supreme Court as an extension of the legislative and executive branches instead of its own independent branch. Roe showed them that the courts could do what legislation couldn’t.

Many liberal policies that Democrats want to enact won’t pass through the legislative process as they don’t have the votes from moderates and conservatives. However, the courts can shape policy and law from the bench, which is where the term “activist judge” comes from. Unlike activist liberal judges, conservatives tend to hold more to the original meaning of the Constitution, making it harder for liberal politicians to pass controversial legislation.

Breyer recently indicated he would not step down anytime soon. That worries many Democrats. However, for now, his seat is safe.

After that, anything can happen.