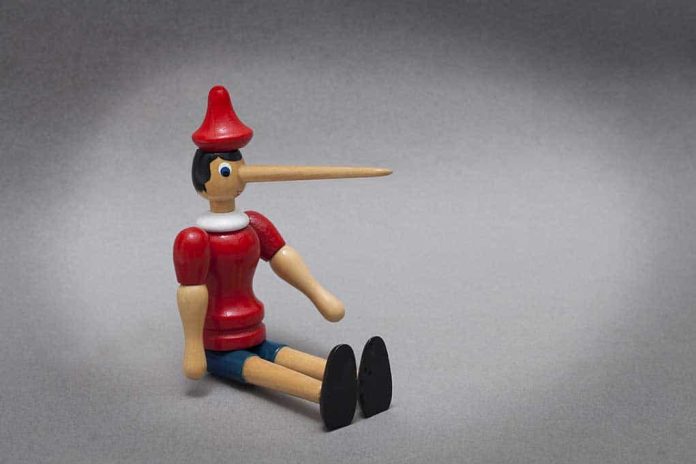 (RightWing.org) – In the 1950s, President Dwight Eisenhower initiated one of US history’s most remarkable infrastructure projects. The Interstate Highway System transformed how commercial activity and Americans traveled from one end of the country to the other. Eisenhower was so popular in his first term that he got virtually anything he wanted. The 1950s was also an era without war, economic struggles, or divisive issues.

Those idyllic times were the exact opposite of the last twenty years. Since 2000, divisiveness has grown more intense with each passing president. Historically, infrastructure legislation was easy and popular in Congress. It was the one thing politicians said they could all agree on over the years.

That’s before the topic became politically toxic as the Left used infrastructure legislation as a hiding place for their agenda. Even though the Senate passed the bipartisan infrastructure package — with $550 billion in new spending — on Tuesday, August 10, its likelihood of becoming law looks less likely, thanks to the big lie.

In modern times, Unity is an elusive word. Democrats tried hijacking infrastructure’s popularity with the public to achieve their ends earlier in the spring. The only thing that stopped them was the evenly divided Senate. President Biden stated it was his dream to become the next FDR. However, at this rate, he’ll become the next James Buchanan.

Buchanan was the 15th President of the United States. Many historians believe his hands-off policies created the conditions that sparked the Civil War and refer to him as the worst president in US history.

While Biden’s policies are just the opposite of hands-off, the effect of his ambitions is highly divisive. Biden believes that his two-track vision for infrastructure will:

Biden Not the First President to Succumb to the Big Lie

Infrastructure isn’t what it used to be, thanks to the Left’s power grabs. Yet, Democrats and the media try to convince Americans that infrastructure is still popular in the halls of Congress when it’s not.

How do we know?

In the age of hyperpartisanship, primarily due to the toxic extremes of the Left, passing comprehensive legislation is becoming harder and more challenging to accomplish. The Big Tent of the Democratic Party is narrowing but remains a dividing source making it more difficult for one of America’s two political parties to get things done.

It’s not hard to envision a scenario where Biden doesn’t get either bill he wanted. Thanks to the changes in the growing divide between the Left’s agenda and the rest of America, infrastructure is no longer a uniting policy issue. It’s a Leftist’s dream.

So, here we go. America is about to jump into a divisive experience not felt since the pre-dawn of the Civil War. That’s not a claim America is headed for calamity. It’s an obvious statement that a nation divided against itself will struggle until calmer and more reasonable heads prevail. Division can last only so long before most citizens demand the politicians and government get their act together.

Until then, hold on. The roller coaster is leaving the station.