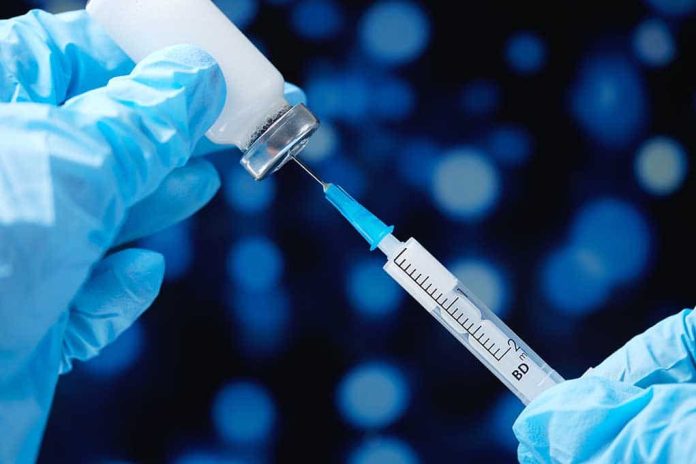 (RightWing.org) – Whether America likes it or not, fake news is here to stay after four years of partisan opinion journalism during the Trump presidency. The COVID-19 pandemic is giving supposed journalists with a liberal agenda a reason to continue publishing fake narratives about Republicans and Conservatives. This situation may feel distinctive, but it’s just the same pig with different lipstick.

What’s the latest fake news narrative? If you pay close attention to the media, those skeptical of COVID-19 vaccinations are largely conservative Republicans. Is that true? Not according to the liberal New York Times or the Kaiser Family Foundation, among others. The largest unvaccinated groups are minorities in largely Democratic strongholds. This makes the point even more notable — the war on the unvaccinated isn’t about vaccinations or even COVID-19. It’s about political opportunism.

Fake News and the Unvaccinated

The point here isn’t about the debate on whether to get vaccinated or not. It’s about the narrative to smear Conservatives despite the lack of a messaging breakthrough by the Democrats to their own voters. It’s about the politicization of vaccinations and the Democrats’ divisive rhetoric that continues to pit Americans against one another over a contrived issue that shouldn’t exist.

If you’re on social media, it’s not hard to spot the left’s accusation that the reason COVID-19 still affects America’s way of life is that Trump supporters are irresponsible and won’t get vaccinated.

The truth is that there isn’t a single race, gender, ethnicity, or religious group that refuses to get vaccinated. Largely, it’s among those who find little reason to place their hopes, trust, and faith in politicians who promised the world for decades and refused to follow through for political reasons.

Consider this, America’s largest cities enjoy significant numbers of people who refuse to get vaccinated. How many of those cities are Republican? Try none of them. Consider these statistics. In Chicago, 51% of people are fully vaccinated. In Los Angeles, it’s 53%. In extreme-liberal Wake County, North Carolina, it’s 55%.

According to the Kaiser Family Foundation, black and Hispanic people are much less likely than white people to get vaccinated. Their study says that 59% of whites received at least one dose of a COVID-19 vaccination, followed by 16% Hispanic and 10% black.

To realize that the “anti-science” Trump voter is somehow the targeted group of the left is laughable at best and irresponsible fake news in the worst-case scenario. The misleading imagery is simply another divisive tool of the Left. It’s another form of identity politics that is developing across the country that hides behind the pandemic.

All of the demagoguery presented by the Democrats and their media talking heads won’t change who’s vaccinated and who isn’t. The truth isn’t the narrative Democrats or the media seek. It’s the political outcome that’s important. The press can suppress some of the news some of the time. However, it can’t hide all the facts all of the time.

It’s a shame that the media and Democrats are dividing the nation around another fake narrative.