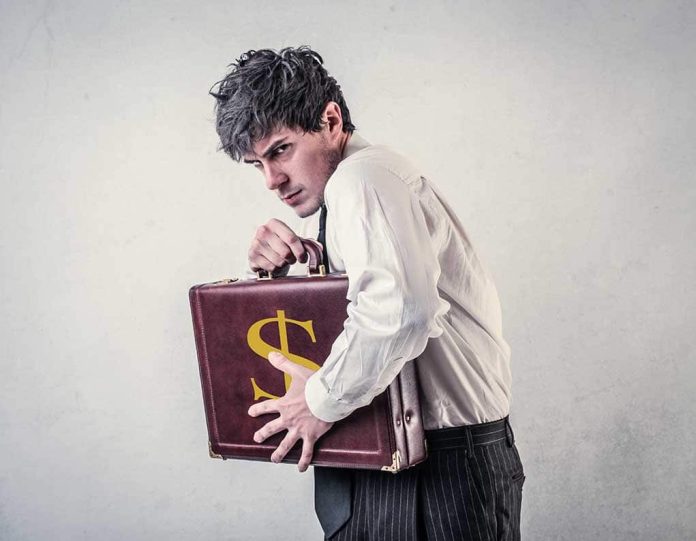 (RightWing.org) – It’s unfathomable to many exactly what Democrats in the US Senate are up to as they twist congressional rules to their favor. As it stands, the Senate likely won’t be able to pass a proposed $3 trillion infrastructure bill unless 10 Republicans get on board with the controversial legislation. It’s highly unlikely that’s going to happen. As Senate Majority Leader Chuck Schumer (D-NY) sees it, he’ll just try to sideline them again if the GOP won’t get on board.

Nearly a month ago, the Senate used a process known as reconciliation to pass the $1.9 trillion COVID-19 relief package strictly on party lines. However, it was never intended to be used that way. Now, Schumer is asking the Senate parliamentarian if Democrats can use the budget gimmick to ram the infrastructure bill through, too.

Schumer Tries to Twist the Rules

Ordinarily, reconciliation can only be used once per fiscal year to pass a budget bill with 50 votes (plus 1 vote from the vice president) instead of the 60 required under customary Senate rules. The government’s fiscal year runs from October 1 through September 30. The reconciliation process was never intended as a means to pass policy agendas. It was strictly created to make it easier to pass the yearly federal budget. However, over the years it’s grown into a tool to bypass any opposition to controversial bills.

The challenge for Schumer and Democrats is they are itching to pass far-left policy bills that can’t muster the needed votes to pass in the Senate. However, that could change if the parliamentarian allows reconciliation to move forward.

According to Section 304 of the Congressional Budget Act of 1974, a budget resolution can be revised before the end of a fiscal year. What Democrats hope to do is amend the 2021 fiscal year resolution passed in 2020. By doing so, they can pass new legislation that focuses not just on the infrastructure deal but virtually any deal moving forward. As a result, the GOP would be hopelessly locked out indefinitely as the process could be used over-and-over again.

For months, moderate Democratic Sens. Joe Manchin (D-WV) and Krysten Sinema (D-AZ) stated their objections to eliminating the filibuster. They argue that the filibuster ensures that all voices are heard and protects the minority party, of which Democrats will find themselves one day in the future. That’s inevitable.

However, Democrats tend to stick together in the end despite any rhetorical pushbacks. So, if the parliamentarian grants this power, that could mean wholesale changes to America are coming. The only line of defense will be the courts, and ultimately the US Supreme Court.

That is unless voters in 2022 decide Democrats are going too far.

It’s about to get interesting. Stay tuned!