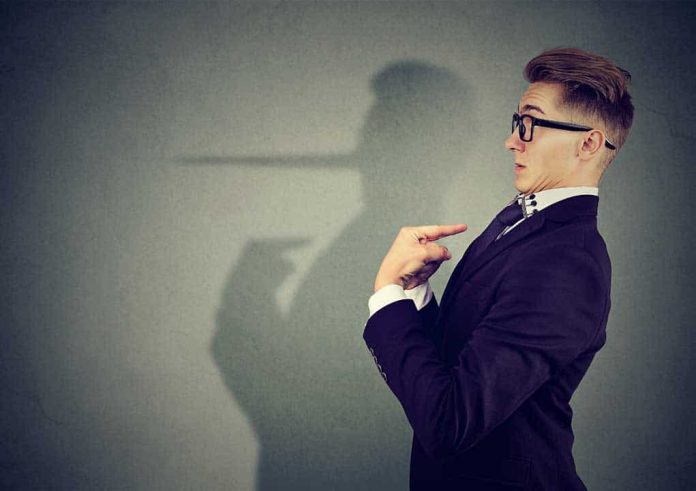 (RightWing.org) – Running for political office is an emotionally challenging, draining, and personal experience. The higher the office, the greater the stakes. Understandably, a losing candidate would be disappointed, but that doesn’t justify lying to feel better about a bad outcome. Complicating matters, political consultants are masters in the art of the smear. If they are really good at their jobs, they are as good as a used car salesperson passing off a lemon vehicle like brand new. In some cases, they are even better. They can sell a rock as a $40,000 car.

In 2018, Democratic candidate for Georgia governor Stacey Abrams lost the election to then-Georgia Secretary of State Brian Kemp. Abrams peddled a conspiracy theory for three years that Kemp stole the election from her despite numerous fact checks from liberal news outlets saying that’s not true. In 2021, the media proved she also lied about the new Georgia election reform. However, since Abrams is such a darling on the Left, she can say virtually anything she wants — with no accountability. Democrats and the media perpetuate her Big Lie. But, when when it comes to Donald Trump’s allegations of voter fraud, they have no problem calling them lies.

The Double Standards are Glaring

On Sunday, October 17, Abrams spoke to Second Calvary Baptist Church and Faith Deliverance Christian Center to promote Virginia Democratic gubernatorial candidate Terry McAuliffe. The Virginia race is neck and neck with Critical Race Theory and parental rights among the central themes. Once again, Abrams suggested that Kemp stole the election from her. Yet, again and again, the media is silent on her false narrative.

Abrams constantly accuses Gov. Kemp of using his position as Georgia Secretary of State to suppress the vote. She never conceded the race. Fact-checkers with PolitiFact and USA Today said there was no proof of the former candidate’s smears and lies.

According to FiveThirtyEight, Georgia turnout increased in 2018 from the state voting average from 1982 to 2014. Former Department of Justice (DOJ) civil rights election lawyer, and president of the Public Interest Legal Foundation, J. Christian Adams, told PJ Media that voter suppression is a “fantasy concept” made up by the Left. He argued that the term easily stirs emotions and sentiments while falsely branding and tainting those who win an election.

Well, it seems the Left is good at branding and smearing people. Abrams unsuccessfully did it to Kemp and continues to make herself feel better for losing by not taking accountability for campaign failures. Yet, instead of calling her the failed gubernatorial candidate, Democrats cheer her on. On Sunday, McAuliffe clapped and nodded in agreement with Abrams’s absurd statements of voter suppression.

At the same time, Democrats did all they could to stop Donald Trump. All of their fake accusations about Russian collusion were a lie. In 2020, there is no doubt that some Democratic governors and mayors stretched election laws during the pandemic that worked in their favor. We’ll never know the extent of the problems because courts across the country didn’t have the legal will to allow testimony and a hearing. The mess wasn’t worth the inconvenience to them.

Yet, Trump is the big liar for fighting in the courts, not Abrams, who also lost. Democrats conveniently ignore Abrams because they believe she helps them politically. It’s also the reason they promote Trump as a liar. The Left is eroding America’s trust in the election system. The only one’s cleaning up the problems are Republicans in state legislatures across America. The Democrats voting reform bills in Congress don’t solve any problems – they make them worse.

When Will It End?

Hypocrisy works when partisans and the media line up behind political parties and entrench themselves. Partisans blindly follow their party instead of seeking the truth while labeling the other candidate as the enemy. This is the state of America. Perhaps it’s on purpose. It allows politicians to try to do things that were unthinkable not long ago. If 40% of people like a proposal, it’s now considered a mandate.

It ends when America wakes up and realizes what’s going on. It should never be good politics for Democrats to accuse former President Trump unfairly of lying while at the same time lying themselves. This is a root of abhorrence by voters. They don’t have the time or energy to investigate themselves, and they don’t trust the media to do it impartially.

Where does that leave us?

Our system of government is built on the principle that good people with morals and integrity run for office. That’s getting harder to find on both sides of the aisle. Voters should expect better, and demand politicians at all levels clean up their acts. Until “We the People” hold them accountable at the ballot box, things will only get worse, not better.

Perhaps America is waking up? We can only hope.