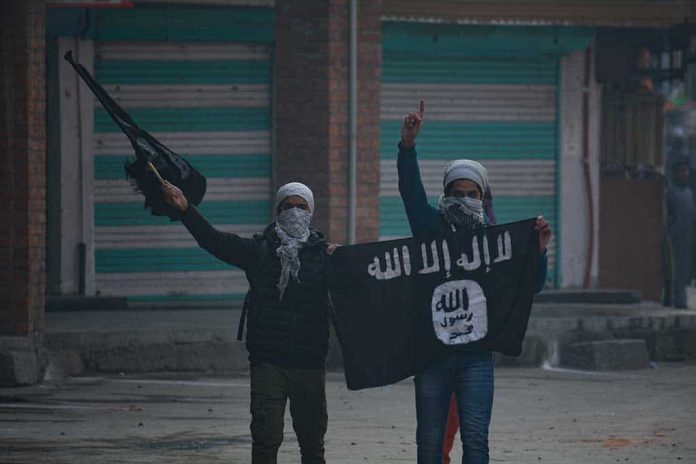 (RightWing.org) – As if President Biden’s chaotic withdrawal from Afghanistan wasn’t bad enough already, an airbase in Qatar has revealed a new disaster. Among the thousands of Afghans rescued by the US military since Kabul fell are at least 100 potential terrorists who somehow slipped through security.

On August 24, a Defense Department official told journalists they found one Afghan refugee during processing at Al Udeid airbase in Qatar linked to the Islamic State – a group so extreme, even the Taliban hate them. Even worse, it was just the tip of the iceberg. The DOD’s biometric database – which collects fingerprints and DNA evidence from the scene of Taliban attacks – flagged upwards of 100 more as potential terrorists.

The Biden administration claims they put Afghan refugees through “robust” vetting before evacuation, but staff on the ground at Al Udeid are less convinced. One official at the base said the Customs and Border Patrol (CBP) officers carrying out the initial vetting have “old tech and they don’t know how to use it, integrate it.”

One serious issue he flagged was CBP’s systems can’t search the biometric database, the best available source of information on potential Taliban terrorists. They’re also struggling because they don’t have enough people to cope with the flood of refugees.

Many of the Afghans we’re pulling out will end up in the US. It’s clear the administration’s attempts to vet them aren’t working. How many potential terrorists will get a free flight to their target thanks to this disastrously bungled withdrawal?