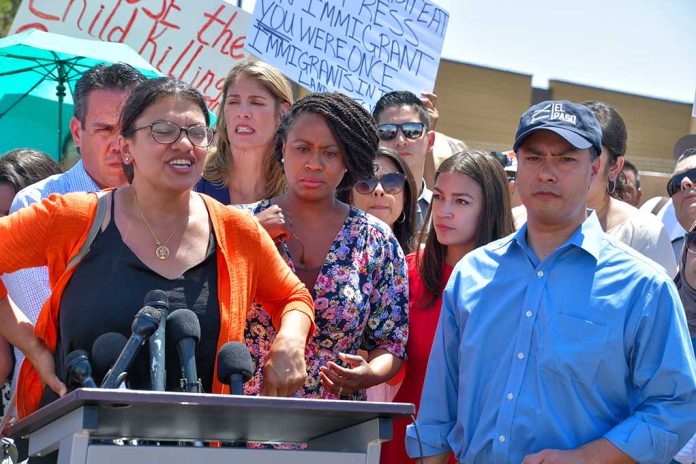 (RightWing.org) – Since the so-called “Squad” entered Congress in 2019, they’ve caused more than their fair share of outrage and controversy. Now they’ve crossed another line, pushing a GOP senator to accuse them of actively supporting terrorism.

Since Hamas launched their latest rocket attacks on Israel, provoking a military response, the Squad has left no doubt about what side they support. On May 19, Representatives Alexandria Ocasio-Cortez (D-NY) and Rashida Tlaib (D-MI) introduced a resolution to ban US arms sales to Israel. They and colleague Ilhan Omar (D-MN) have also tweeted fierce criticisms of the Jewish state, with Omar accusing Israel of “terrorism.”

On Saturday, Senator Ted Cruz (R-TX) told the Squad exactly what he thinks of them. Introducing a Senate resolution backing arms sales, Cruz called Omar’s accusations “a vicious lie” and said the Squad “is acting more like the press secretaries for Hamas terrorists than they are like United States congressmen.” He called for a vote on his resolution next week to “decide which side of the line everyone stands on.” So far, though, too many Democrats seem happy to stand with the terrorists.