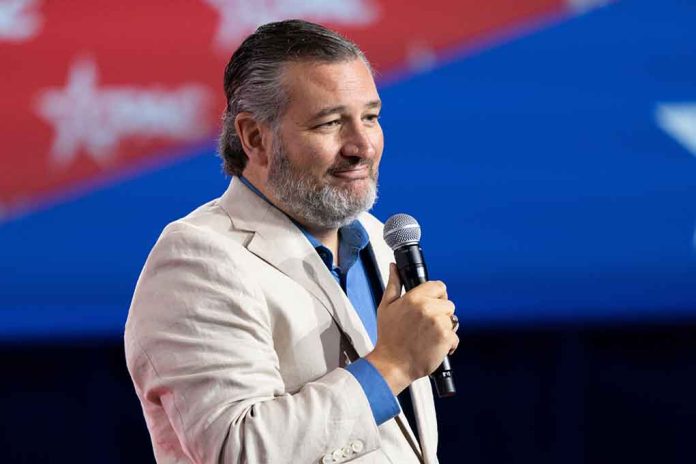 Ted Cruz Is Running for a 3rd Senate Term

(RightWing.org) – Outspoken GOP Senator Ted Cruz (TX) says he plans to run for a third term of office — but he’s leaving his options open. At a weekend conference, Cruz said that, right now, he plans to seek re-election to the Senate in 2024, but significantly, he didn’t rule out launching a presidential campaign instead.

On November 19, the Republican Jewish Coalition held its annual leadership meeting in Las Vegas, Nevada, and Senator Cruz was one of the leading Republicans who spoke. During his speech, he told his audience he was “focused on the battles in the United States Senate” and planned to run for re-election.

So far, Cruz has served two terms, following a solid election victory in 2012 and a narrower one against Beto O’Rourke in 2018. He’s also currently one of the most prominent GOP lawmakers. However, he also ran for the Republican presidential nomination in 2016, and it seems he hasn’t given up on that ambition either.

When an audience member asked Cruz if he had dropped off the list of potential Republican candidates, the senator quickly shot that down. He said there’s “plenty of time” to discuss the 2024 presidential election.

Time will tell if he is seriously considering going up against Trump again. If he is, what will that do to what’s already looking like a tense, disruptive race?