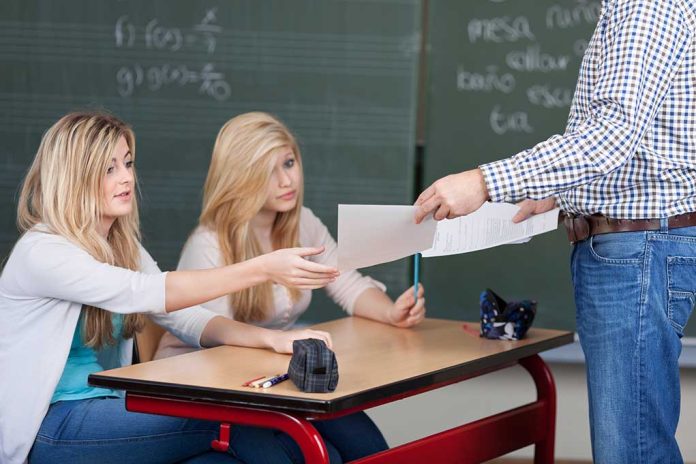 On November 18, author Abigail Shrier released audio from an October conference of the California Teachers Association. Shrier, who wrote the bestselling book Irreversible Damage about the harm done to children by transgender activists, says the audio files were sent to her recently and have been verified as accurate by three people who attended the conference.

The conference offered teachers workshops on how to recruit middle-school children to “Gay-Straight Alliance” (GSA) clubs. Much of this advice involved hiding things from parents and stalking children on social media.

Buena Vista middle school teacher, Lori Caldeira, described how she doesn’t keep a roster for her gay club so that if parents ask if their child is attending she can claim she doesn’t know. Another teacher suggested using deceptive names for clubs to hide what they really are.

What if children attend a club then decide it’s not for them? Caldeira complained that kids “go hang with their friends at lunch” instead of going to her club. Her response? She said “we totally stalked what they were doing on Google” and made notes on what students were searching for, to target them for recruitment.

Parents have a right to know what their kids are being taught at school, but liberal teachers are deliberately hiding it from them – and there’s little recourse. Caldeira boasted that she has tenure and can’t be fired for running a GSA. If school boards won’t rein in these activist teachers, private school or homeschooling might be the only options.