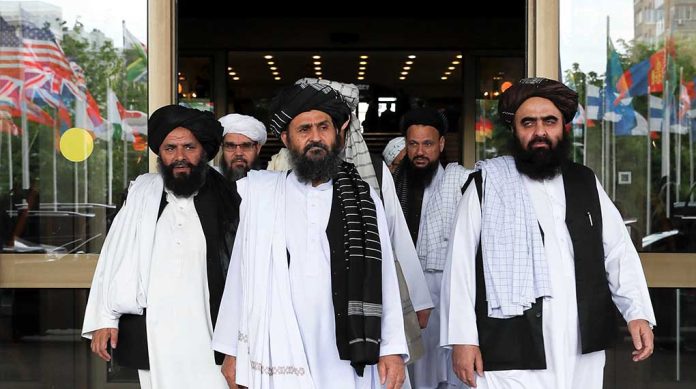 (RightWing.org) – When the Taliban took control of Afghanistan last year, they promised a new, softer style of theocratic rule. Now the mask is slipping. And, as usual, women and girls are the first victims.

Last August’s Taliban takeover was embarrassing for the US, but for female Afghans, it was terrifying. When the Taliban ruled most of Afghanistan in the late 1990s, the government oppressed women savagely, and many feared the same would happen again. However, the victorious Taliban promised a more moderate form of rule, including a promise that girls would be allowed access to education and jobs. As late as March 22, the Taliban regime told journalists all girls would be allowed to attend school.

Teachers and students from three high schools around Afghanistan's capital Kabul said girls had returned in excitement to campuses on Wednesday morning, but left in tears after the Taliban ordered schools to remain closed https://t.co/jLBYpjVzWy

Then, as the Afghan school year began on Wednesday and hundreds of thousands of students headed for the classroom, Taliban officials abruptly changed their minds. A last-minute message from the education ministry ordered schools to send girls above sixth grade home.

Taliban foreign minister Waheedullah Hashimi told reporters the government made the decision on Tuesday night. The extremist movement claims it’s still working on an acceptable school uniform policy for girls under Afghan and Islamic law. However, western analysts think this could actually be a sign of tension between younger Taliban leaders and the movement’s older, more fundamentalist rural base. Either way, yet again, ordinary Afghans – especially women – are the ones who suffer.