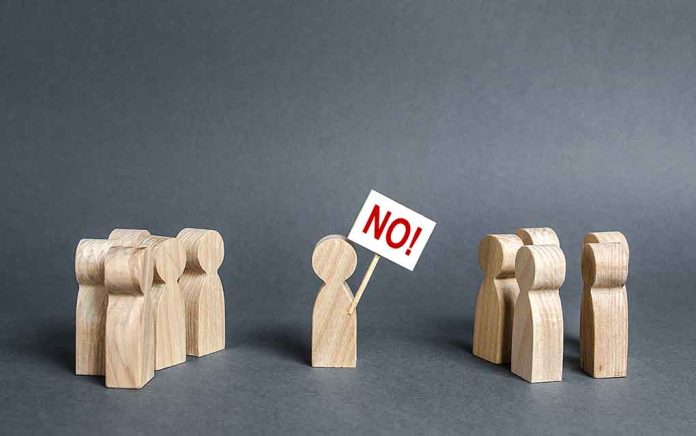 (RightWing.org) – Over the last two years, the United States has seen a severe swelling of illegal immigration. In August 2021, Pew Research noted migrant encounters reached a 21-year high, and it hasn’t let up since. For the fiscal year 2022, Customs and Border Patrol (CBP) reported the highest number ever as federal agents encountered 2,214,652 illegal immigrants. While the US sees record highs, it’s not the only country struggling with the issue.

In Switzerland, the Swiss People’s Party (SVP) is pursuing a referendum that would trigger negotiations of international treaties if the country’s population reaches 10 million. The referendum notes if the inhabitants exceed it by 2050, it could cause harm to the environment and economy. Currently, the small EU partner is experiencing massive waves of migration. Over the last 20 years, it has grown by 21%.

Switzerland May Limit Population Growth To Save Itself

In 2022, according to Newsmax, the small country expanded by 200,000 people. Of that growth, 145,958 arrived from other countries, swelling the population to 8.89 million. At that rate of change, Switzerland could quickly reach its 10 million target number.

Some political leaders expressed concern about how many who are coming don’t integrate well into the culture and said those who come would likely never leave. Swiss leaders say the government’s financial reserves that pay for education, healthcare, and transportation are already exhausted. If they don’t solve the immigration problem, some say everything could collapse within the next 20 years.

Some stress the need to focus on quality over quantity when it comes to the population’s growth. Many countries in the European Union (EU) are already among some of the most populated countries in the world. Still, leftist groups have called on Europeans to save the environment by having fewer children.

At the same time, the far-left groups also promote mass migration from Africa, Asia, and the Middle East, and many cultures from these areas promote high birth rates. Still, Germany, the United Kingdom, and Switzerland are experiencing record-high immigration, causing significant strain on their social welfare programs and the environment.

In much of Europe, younger people are heavily pro-immigration. So, it may be challenging to persuade them of the economic reality of migration. Still, some believe if they tie the environment, economy, and immigration together, the Swiss referendum may have a chance of gaining support.

While Switzerland sounds the alarm, President Joe Biden is maintaining the status quo in the US. The question is, can the US government sustain illegal immigration growth, or will it, too, have to confront the consequences? Just like in Europe, someone in America will eventually have to pay an economic price.

Can any country afford it long-term?