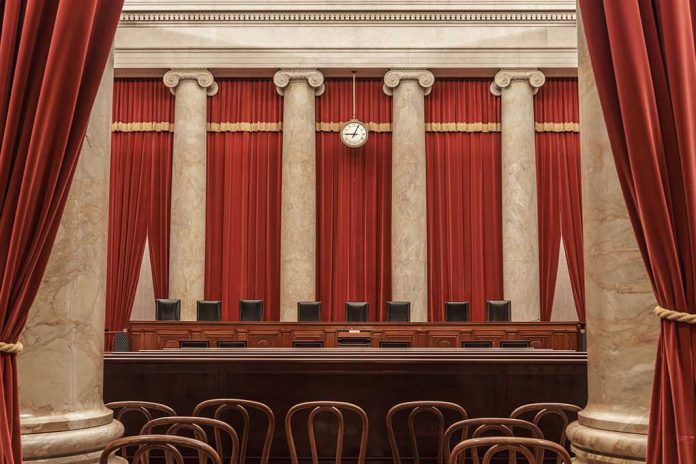 (RightWing.org) – The long-running legal battle over Roe v Wade is reaching a key milestone, as the Supreme Court hears arguments in a case that could overturn the controversial precedent.

On December 1, the Supreme Court will examine a challenge to Mississippi’s new ban on abortions later than the 15th week of pregnancy – but this case is more than a dispute about one particular law. The court’s decision could change the whole direction of US policy on abortion.

In a historic move, the state of Mississippi has asked the US Supreme Court to overturn Roe v. Wade

On Wednesday – the high court will hear arguments in the #DobbsvJackson case, which debates a pro-life law banning abortion after 15 weeks

Here's everything you need to know

Under the framework established by the 1973 Roe v Wade case and 1992’s Planned Parenthood v Casey, states can regulate abortion up to 23 weeks as long as their laws don’t create an “undue burden” for women who want one. Previous Supreme Court rulings on abortion have followed the precedent set by those cases, but this time Mississippi Attorney General Lynn Fitch (R) has specifically asked the Justices to overturn it. In a brief to the Court, Fitch wrote the Roe and Casey judgments are “egregiously wrong… hopelessly unworkable” and urged the Court to set them aside to “stem the harms they have caused.”

So the Mississippi case is a direct challenge to Roe v Wade, and for the first time, the Supreme Court’s composition means that challenge could succeed. Conservative Justices now have a 6-3 majority on the Court – so even if Chief Justice John Roberts sides with the Liberals, as he sometimes does, that’s not enough to defeat the Conservative core. Pro-life activists could be looking at their biggest victory in almost 50 years.