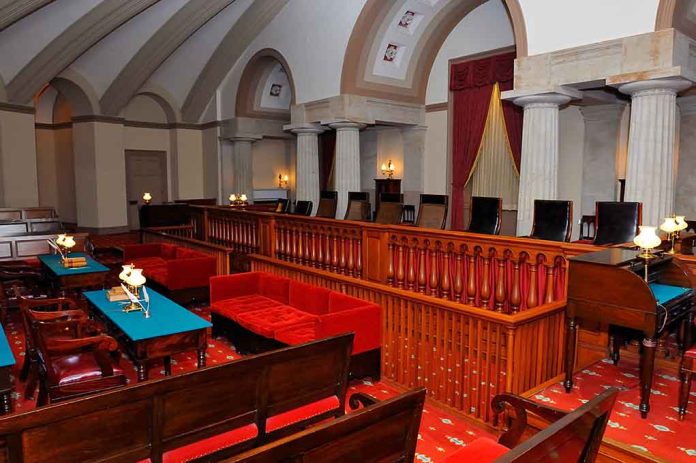 (RightWing.org) – The debate surrounding accountability for doctors who overprescribe or administer excessive amounts of opioids and other dangerous drugs is nothing new. Singer-songwriter Michael Jackson’s physician received a four-year prison sentence for his role in the entertainer’s 2009 overdose death. Now the US Supreme Court jumping into the debate. The justices recently heard arguments from lawyers representing doctors prosecuted for allegedly operating “pill mills.”

On Tuesday, March 1, lawyers representing Xiulu Ruan and Shakeel Kahn argued the lower courts committed an error when they failed to instruct jurors to consider their clients’ states of mind when prescribing seemingly excessive amounts of pharmaceutical drugs. According to the attorneys, the jurors should have considered whether the doctors had “good-faith” beliefs their prescriptions were medically necessary.

Several legal experts weighed in on the case, predicting the Supreme Court would favor the idea of requiring juries to consider physicians’ subjective standards when prescribing medications. Justices Amy Coney Barrett, Neil Gorsuch, and Brett Kavanaugh seemed to lean in that direction when questioning the doctors’ lawyers.

Some might say the DoJ and the courts are walking a slippery slope when prosecuting doctors. After all, they spend years in college and medical school learning their trade, including extensive training in the appropriate use of prescription drugs.

What do you think? Should the courts review medical decisions by licensed doctors?