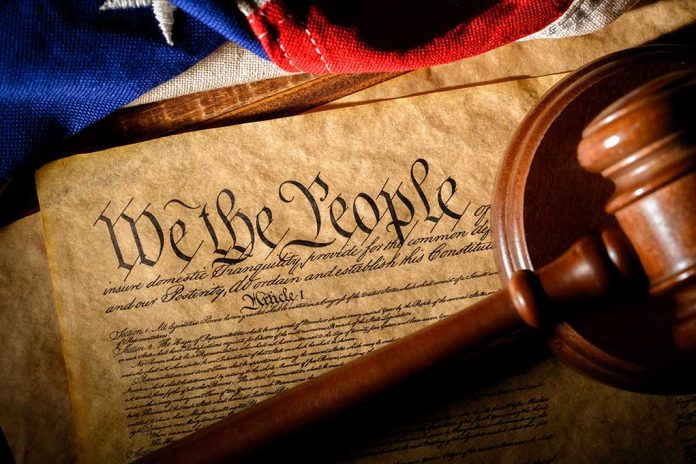 (RightWing.org) – In 2016, campus police at Georgia Gwinnett College told student Chike Uzuegbunam he had to stop handing out Christian literature unless he moved to the campus’s tiny “free speech zone” (which makes you wonder what the rest of the campus is). When he moved to the free speech zone, they told him to stop again. The college says Uzuegbunam’s right to free speech shouldn’t be protected, and anyway, they’ve changed their rules since then and should evade punishment.

On January 12, the Supreme Court will get to have its say on that.

Uzuegbunam v. Preczewski, which goes before the justices on Tuesday, asks a simple question: Can an organization violate an individual’s constitutionally protected rights, then escape punishment by simply changing the rules after rights have been denied? The US District Court for the Northern District of Georgia ruled that they could, and the 11th Circuit Court of Appeals agreed. Now Americans are relying on the Supreme Court to protect their rights and deal with violators.

Stay tuned, this case could impact way more than one college campus in Georgia. We’ll keep an eye on this for you.