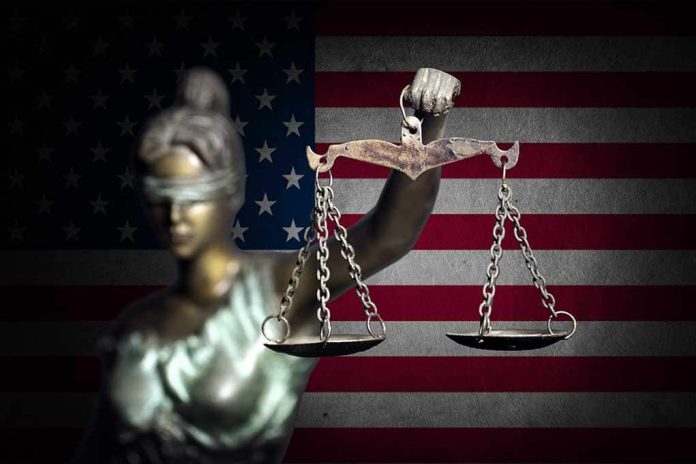 (RightWing.org) – In 1969, the US Supreme Court set a precedent that allowed public schools to punish students who spoke out against school policies and decisions that would “substantially disrupt” a school’s ability to teach children. On Wednesday, April 28, the high court heard a case involving a 14-year-old cheerleader who didn’t make the varsity squad and expressed her disappointment vulgarly on social media.

When then-high school sophomore Brandi Levy didn’t make the squad, she took to Snapchat to express herself. After it was learned that she made profane comments on the platform and off-campus, the Mahanoy Area School District in Pennsylvania suspended Levy, saying her Snapchat post disrupted the school environment. The question for the court is, did the school violate her free speech rights, and if so, how does that square up with the previous Supreme Court’s Ruling?

Court Appears to Lean Towards the Student

The lower courts all sided with Levy that the school violated her First Amendment rights. The former student’s attorney argued that because the action did not occur on school property, students shouldn’t be expected to “carry the schoolhouse on their backs… everywhere they go.” The court is in a precarious place because, on the one hand, they want to give schools leeway to protect against cyber-bullying. However, on the other hand, they want to strike a balance on what a school can regulate.

Complicating the issue is the internet. Can it disrupt a school’s teaching operation when students post things away from campus and not during school hours? Does that somehow create a conflict with the 1969 ruling? The court will be forced to clarify because the world in 2021 is very different than in 1969.

The justices were skeptical that Levy’s post disrupted the school environment and suggested her punishment was over the top. Justice Stephen Breyer said he’s terrified of writing a new standard. He added that if the court sides with the school district, it would mean every school in the country could do nothing but punish students all day long.

Justice Brett Kavanaugh said the school is asking the court to punish teens for blowing off steam “like millions of other kids disappointed about being cut from the high school team or not being in the starting line-up.”

The court will decide the case in June. Their questions and statements are not always indicative of how the court will rule. That’s especially true in the area of social media, free speech rights, and the dangers that can come with it.