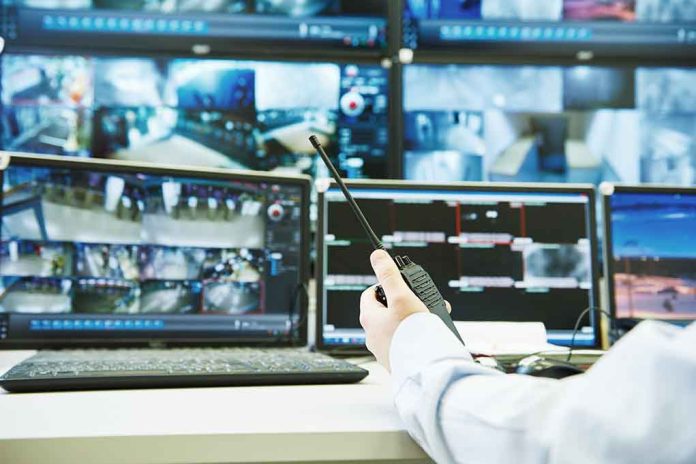 (RightWing.org) – Civil liberties groups have asked the Supreme Court for a decision on when cops can use surveillance cameras without a warrant. The request was sparked by a Massachusetts case where police used a camera to catch a corrupt court clerk.

We're asking the U.S. Supreme Court to decide whether long-term police use of a surveillance camera targeted at a person’s home is a Fourth Amendment search. https://t.co/CwmUQLyZ7j

In January 2018, officers arrested Nia Moore-Bush of Springfield, Massachusetts, on charges of running narcotics and guns between New England states. In December of that year, they also arrested her mother, 55-year-old Daphne Moore, who at the time was working as a clerk in Hampden Superior Court. Moore was charged with narcotics conspiracy, money laundering, and lying to federal investigators.

Now the American Civil Liberties Union and its local chapter, ACLU Massachusetts, have filed a petition with the US Supreme Court asking them to rule on the methods cops used to indict Moore. When Springfield police launched the investigation into Moore-Bush, she lived in her mother’s home. Cops installed a surveillance camera on a utility pole outside and left it there for a year, collecting evidence. Police say the camera only recorded images from outside Moore’s home, where she had no expectation of privacy.

The ACLU petition cites the 2018 Supreme Court ruling in Carpenter v. United States that said people do have a reasonable expectation of privacy while in public. The Massachusetts Supreme Court has ruled that long-term “pole surveillance” violates the state’s constitution, but they didn’t rule on whether it violates the Fourth Amendment.

Pole surveillance is a valuable evidence-collecting tool for police — in this case, it helped them shut down a criminal organization that was trafficking cocaine, heroin, and guns — but it also means anything we do in public could be recorded and used against us without probably cause. What matters more?