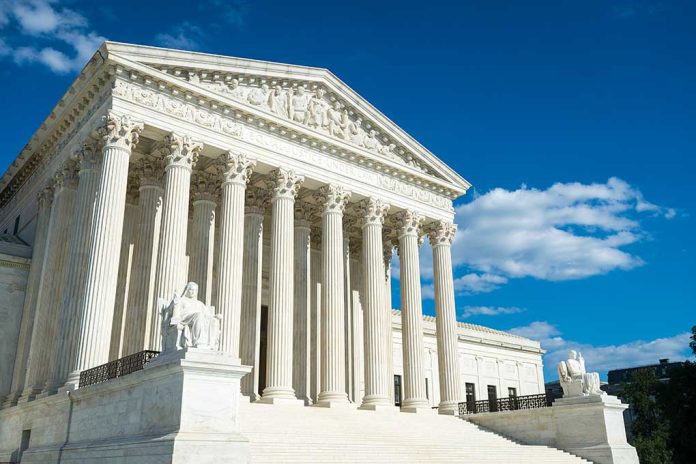 (RightWing.org) – The Supreme Court is deliberating a case that could mean a breakthrough for parents who want to send their children to a religious school. Right now, these parents can face discrimination under state laws – but will the laws survive the High Court’s scrutiny?

Since 1980, if Maine parents want to use the state’s voucher program, they need to choose a secular school for their children. Maine law bans the use of state funds for religious purposes, which is legal – but the way state officials are applying the law might not be. The key argument is whether education at a religious school is for a religious purpose or if the school just has a religious nature.

"Today, in Carson v. Makin, the Supreme Court will take up the question of whether the Constitution permits the State of Maine to discriminate against religious schools because they actually teach religion. The constitutional answer is clearly no." https://t.co/auUy5FrBZx pic.twitter.com/gWJp0vjW9O

As it ponders Carson v Makin, brought by two Maine families against the state, the Supreme Court seems to be leaning towards the religious nature argument. Interrogating the state’s counsel, Justice Brett Kavanaugh told them the state law is “just discrimination on the basis of religion” – and that’s illegal.

Last June, the Supreme Court decided, in the case of Espinoza v. Montana, that “once a state decides to do so [subsidize private education], it cannot disqualify some private schools solely because they are religious.” That’s exactly what Maine does; if the Justices decide they can’t, which looks likely, it will be a big step forward for parental choice.