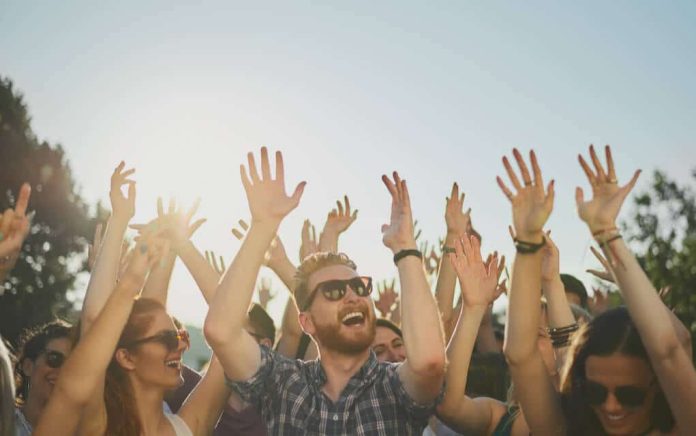 (RightWing.org) – America is at crossroads as it struggles to come to grips with capitalism and liberty versus socialism and equity. Some of the debate over the last few years wasn’t just political. It was also legal. Since the 1970s, the courts have loosened the meaning of property rights. Capitalism and socialism include property rights. It’s the very definition of the two philosophies. It comes down to who owns the property, what is property, and the government’s role in property.

Over the last few years, conservatives on the US Supreme Court began slowly delivering on their promises to interpret the Constitution as it was understood when it was written and ratified. That’s important because, as time goes by, the meanings of words change with the evolution of language and culture. Consistency in the law and its execution is vital to a society’s stability. On Wednesday, June 23, the US Supreme Court struck a blow to a California law that allowed unions to invade farmers’ private property to organize farmworkers.

Conservatives on the high court flexed their muscles in a 6-3 ruling that overturned a significant victory for Cesar Chavez’s farmworker movement of the 1970s. Chavez argued that labor had a right to come onto privately owned farmland to unionize workers.

In 1975, California passed a law that permitted union organizers to meet with farmworkers 120 days a year. The law allowed unions to access the farmer’s land during non-work hours to meet with employees. Courts consistently ignored the 5th Amendment and re-wrote its meaning to allow for the union invasion. Farmer’s argued that the intrusion violated their 5th Amendment property rights and that California law amounted to government seizure of property “without just compensation.”

Between 1764 and 1776, “liberty and property” were intrinsically linked. Unlike in England, where land was only available to noblemen, it was vast and open in America. People came because it allowed them to live independently of the government as they farmed and worked the land. Property rights were indispensable to the success of the colonists.

In the Declaration of Independence, the colonies decried that British soldiers took colonist’s property without permission. They were treated as second-class citizens by their government and held hostage in their own homes. Liberty and property were their cries, not liberty and democracy.

Thomas Jefferson initially wrote in the Declaration of Independence that the colonies were pursuing “life, liberty, and property.” However, Congress modified it to “life, liberty, and the pursuit of happiness.” John Adams wrote that “Property must be secured or liberty cannot exist.” James Madison wrote in the Federalist Papers that, “Government is instituted no less for the protection of property than the persons of individuals.”

The Court Is Returning to America’s Roots

The conservative Supreme Court is returning America to its original understanding of the importance of property rights. Here are few recent examples of the high court’s rulings as they expand property rights:

Understanding the Constitution at the time it was written is vital for many reasons. Chief among them is that the nature of government never changes. It will always try to grow in size, influence, and eventually restrict people’s liberties and rights. By holding to one standard, it creates consistency and accountability.

Judges shouldn’t be free to subjectively decide a matter based on their opinions or any other subjective measure. Doing so creates confusion and loosens society’s expectations, allowing more government intrusion into citizens’ lives.

Let’s hope the court continues to understand the importance of original intent.