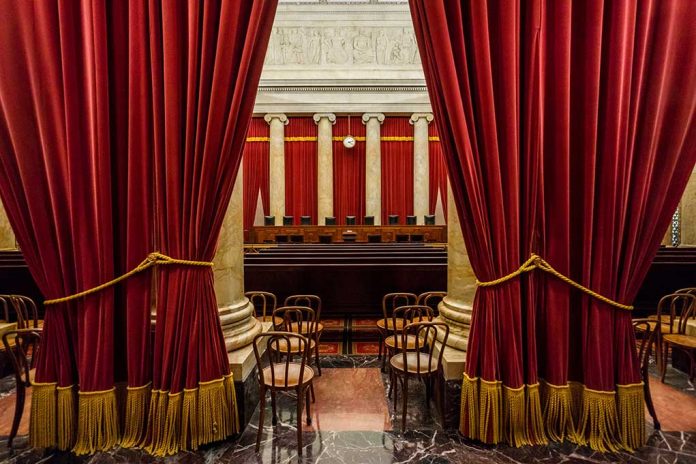 (RightWing.org) – For decades, the National Collegiate Athletic Association (NCAA) hid behind archaic rules that benefited universities financially while harming financial opportunities for its athletes. On Monday, June 21, the US Supreme Court offered a unanimous ruling. The court sided with the 9th Circuit Court of Appeals ruling that determined universities and colleges violated antitrust laws.

Student-athletes alleged that schools leveraged sports to bring in billions of dollars, boost enrollment, and raise money from alumni. The whole system relies upon “amateur” student-athletes who are not recognized as workers. Their efforts benefit the schools at the expense of the athletes who say they receive far below market value compensation compared to what a fair market would pay them.

Antitrust laws applied in this case because schools aggressively compete for the best coaches and players.

Justice Neil Gorsuch summarized the high court’s position succinctly by stating that the system created an “admitted horizontal price fixing in a market where the defendants exercise monopoly control.” In simplified terms, Justice Gorsuch added the court recognized that athletes are the product, and as such, are workers. Just because they work for a higher education institution doesn’t make their work less valuable. On the contrary, the universities, colleges, and media are profiting greatly from their work.

Justice Clarence Thomas questioned if it’s a double standard that colleges compensate coaches with millions of dollars while the students get very little. He wondered, if players are amateurs working for institutions of higher learning, aren’t coaches “amateur” as well to maintain consistency and contrast with the pro level?

Justice Brett Kavanaugh took it even further. He asserted that the NCAA’s business model that generates billions of dollars in revenue off of unpaid student-athletes raised significant antitrust issues.

For generations, student-athletes weren’t afforded the opportunity for paid internships or other forms of compensation that were unrelated to legitimate educational activities. Additionally, the Supreme Court said the NCAA went too far in limiting how much a student could receive for musical instruments, postgraduate scholarships, and academic rewards.

While the Supreme Court opened the door for student-athletes to get paid under antitrust laws, it didn’t specifically deal with the issue. In June or July, the NCAA is expected to address whether student-athletes can earn money for the use of their names and images. That would open the door to endorsements and other incentives through marketing campaigns.

More than a dozen state legislatures recently passed laws that allow student-athletes to get paid for their names and images. However, the laws don’t deal with the NCAA’s ban on schools compensating their athletes.

While the Supreme Court solved some problems and didn’t answer others, students who currently take money to use their likeness still face losing their eligibility to play in NCAA sports unless it changes the rules.