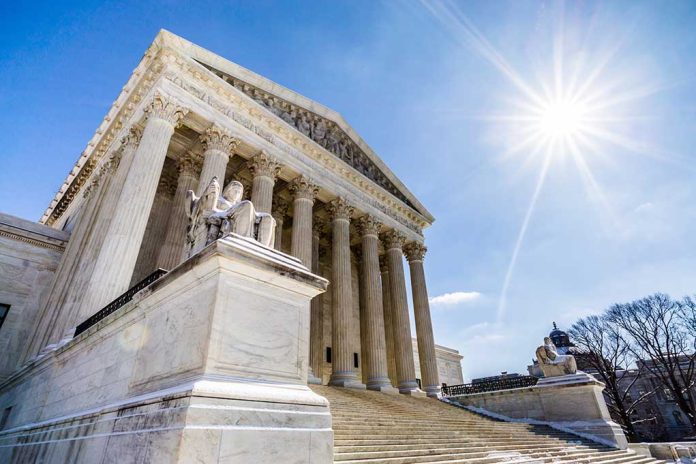 (RightWing.org) – When Justice Amy Coney Barrett was confirmed to the Supreme Court last year, many Democrats vowed to take revenge by “packing” the court with liberal justices. Now they’ve been warned against trying it – by one of the liberal justices who’s already there.

At the annual Scalia Lecture, Associate Justice Stephen G. Breyer ’64 warned that making changes to the Supreme Court could erode public trust in the judiciary https://t.co/buNWifmupp

Justice Stephen G. Breyer is one of three liberals on the Supreme Court, and it seems he’s in no rush to change that. In an April 6 speech at Harvard Law School, he warned advocates of court-packing – expanding the number of justices so President Biden can create a liberal majority – to “think long and hard” before changing the rules.

Breyer said that while everyone knows justices can be categorized as conservative or liberal, the Supreme Court itself is independent. He warned that the people trust that the law guides the Court, and if it becomes politicized, its authority will collapse. When even liberal justices don’t want the nation’s highest court packed with more liberals, it’s pretty obvious it’s a terrible idea.